You are here: Home / Entrepreneur / This Entrepreneur Crashed and Burned Out from Stress. Now He’s on a Mission to Change the ‘Hustle’ Lifestyle.

Daniel Thomas Hind believes entrepreneurs need to become leaders, not hustlers. He’s helping them do it by prioritizing health and self-mastery.

Being an entrepreneur means sleepless nights, impossibly tight cash flow, and sacrificing everything for the good of your business. You’re powering through but barely surviving. Health routines, sleep, diet, and relationships fall by the wayside for the sake of success.

To many, you’re overwhelmed, overworked, exhausted, out of shape, and rapidly headed for burnout. Your business may be successful, but if health is wealth, you’re broke.

If this sounds familiar, you aren’t alone. Daniel Thomas Hind is the CEO of EvolutionEat, a health coaching company for entrepreneurs. He’s helped thousands of workaholics emerge from that same place — a place that’s personally familiar to him. Just a few months ago, Hind experienced entrepreneurial burnout. He was heading three companies, and the extreme stress caused his body to shut down.

Now he’s on a mission to help other entrepreneurs avoid hitting rock bottom from burnout. He believes that by focusing on their health, entrepreneurs can take control of the massive impact they have in the world.

The rise before the fall.

Hind began his entrepreneurial journey at 26 years old, offering nutrition coaching. He had grit and a sense of adventure but no idea how to run a business. Hind differentiated himself by telling clients he would “work harder than anyone you’ve ever worked with.” He outdid himself from the beginning, making good on that promise and offering clients “around-the-clock support.” His customer base grew rapidly.

After starting EvolutionEat, Hind met Daniel DiPiazza, a fellow Los Angeleno whose business Rich20Something helped millennials become entrepreneurs. DiPiazza recognized Hind’s talent and soon hired him as head of marketing. Together, they turned Rich20Something into a seven-figure business with a best-selling book.

Between EvolutionEat and Rich20Something, Hind got to know many successful, high-performing entrepreneurs. He invested six figures in coaching and leadership development, found his mentor, Rich Litvin, a high-performance coach, and traveled the world to fine-tune his craft.

“I was making serious money for the first time in my life, heading two companies, and learning what it means to lead,” Hind recalls. “I was making a difference. It was such a high and I wanted more.”

At the end of 2017, Hind and DiPiazza founded the Wilde Group, a marketing consultancy helping social influencers and authors build businesses around their influence. EvolutionEat began to scale rapidly at the same time, so Hind stepped back from Rich20Something.

When Hind and DiPiazza had an opportunity to meet with the Los Angeles alternative newspaper, LA Weekly, they came up with an idea for a standalone digital platform that would feature the city’s social celebrities and rising stars. They called it The Vanguard, got funding, and partnered with LA Weekly to build the startup.

Between EvolutionEat, the Wilde Group, and The Vanguard, everything was going well — until it became too much.

Hind was building two startups while growing a consulting business, all three in the early stages. He didn’t have a system that ran smoothly without him, so they all required his attention. “I didn’t have time to sleep, which is a pretty big red flag,” he laughs. “Despite coaching all my clients to do the opposite, I was operating on pure willpower. Everything looked great on paper, but every morning was excruciating.

“I wasn’t sure how I could do this much longer,” he remembers telling himself. “I was constantly on the verge of a breakdown. I knew it was ridiculous, but I felt trapped and powerless. I couldn’t quit — I was responsible for 70 people, everything would crumble.” 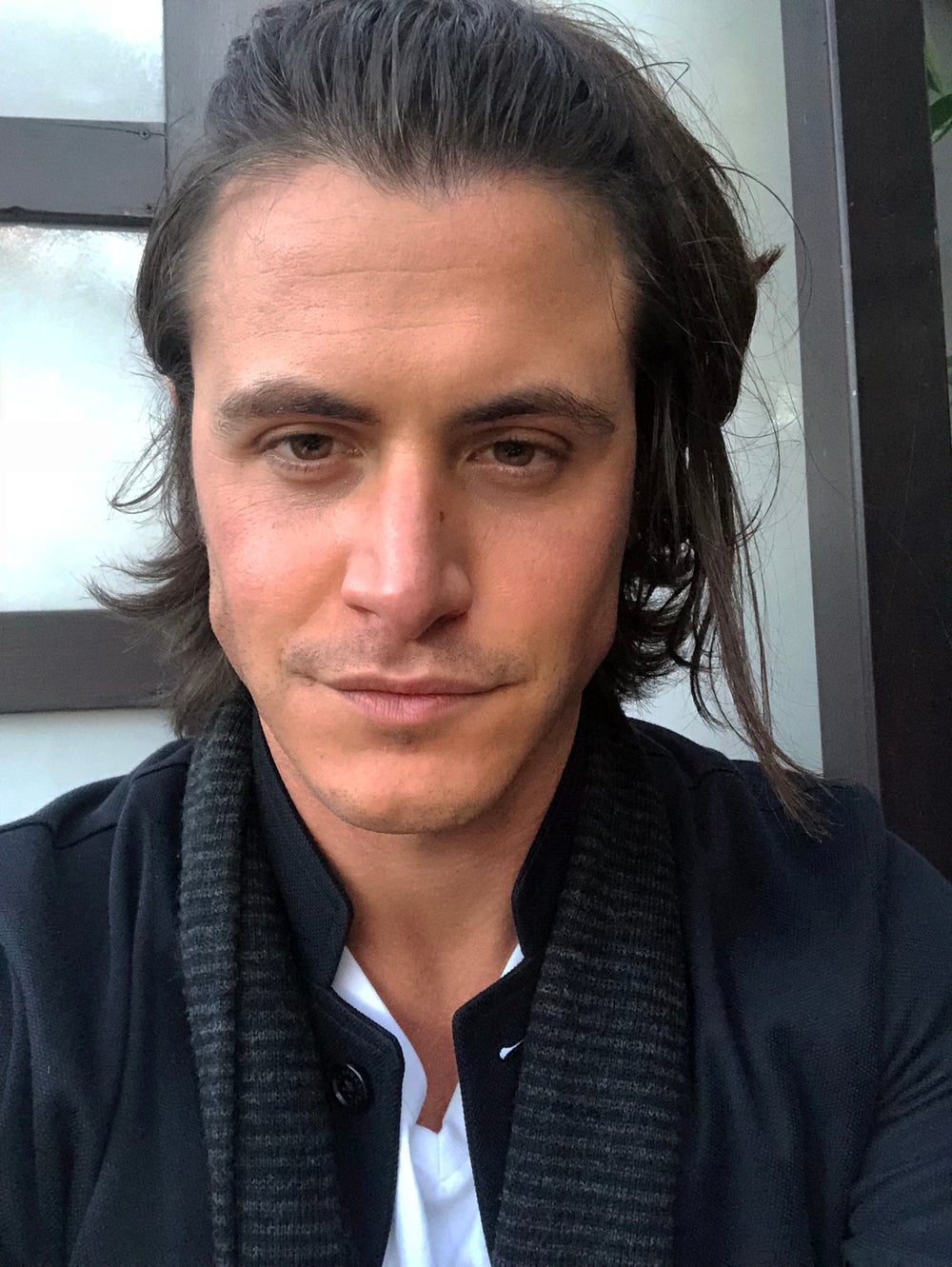 Hind, shortly before his body shut down from fatigue and stress.

Hind kept this up for six months, until their partners in The Vanguard wanted to take the company in a different direction. He and DiPiazza decided to sell their shares back to their investors in June 2018.

“We were sad to let go of the opportunity, but secretly, I was relieved,” he recalls. “I had been operating in survival mode. But there is a limit to how much you can handle before you break. I found that limit.

“My body had been running on fumes for so long, it finally shut down. Stress hormones punch holes in the immune system. I was really sick for two weeks after we sold back the company. I’d be in bed and wouldn’t be able to move my body.” Hind became incredibly lethargic and depressed, sleeping 12 hours a day.

Since recovering, Hind says that experience was the best thing that’s ever happened to him. “I was talking the talk and didn’t realize I wasn’t walking the walk.

“I was addicted to stress. It was my validation for being enough — it always had been. I felt like I wasn’t working hard enough unless I was stressed to the point of overwhelm. That experience taught me that I didn’t need to look outside myself to prove I was significant.”

He notes that it’s not necessarily in an entrepreneur’s DNA to slow down. Like most entrepreneurs he knows and works with, Hind has always been a hard worker.

Since he was a kid, sleep wasn’t exactly his friend. Hind went to an all-scholarship high school for the gifted, was an all-state soccer player, and played in a band. “I remember getting the 5:31 a.m. train to Manhattan from Long Island every day to school. There I was, a 15-year-old drinking coffee among the bankers and lawyers.”

In fact, Hind’s burnout isn’t the only reason he can relate to his clients. Food was his drug of choice to get by. “I grew up an emotional eater and addicted to food. It was a coping mechanism.”

Hind’s weight caused him to struggle with depression, which he says started around first grade, when a teacher called him “husky” in front of the class. After high school, he got into Georgetown University where he continued to struggle. He exercised daily, sometimes twice, but was still 35 pounds overweight.

Then Hind discovered the Paleo Diet after college. “For the first time in my life, I finally had control over how I looked and felt. My mood improved, which is a big deal for someone who grew up with depression and highly anxious.”

Hind was young and became obsessed with his appearance until he started coaching others and focusing on the health benefits of his new lifestyle. That was the foundation of EvolutionEat, which has always been closely tied to his own journey. 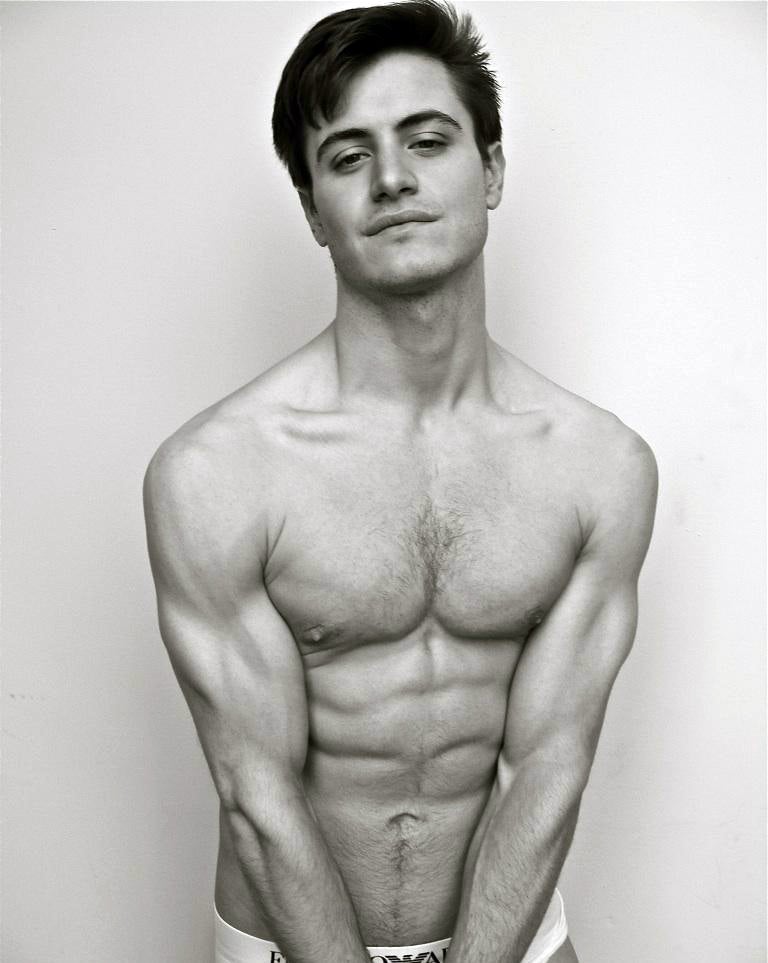 Hind says he became “self-obsessed” after discovering the Paleo Diet at age 22.

“So many people struggle with their health and diet because of deeply entrenched coping mechanisms that make it hard to follow through with our intentions,” he says. “Of course, I understood this intellectually before, but because I’ve been there in more ways than one, I understand it on a deeper level now. I’m also proof that it doesn’t have to be this way.”

“When you’re starting out, all you can do is survive. You work harder than you ever thought possible. That survival mechanism is an advantage at first. But as you work harder and sacrifice more to reach each new milestone, that becomes all you know — it becomes wrapped up in your identity,” says Hind.

“But it’s not sustainable. We cannot reach our full potential if we aren’t healthy. You eventually become a cost to your business.”

Hind believes that there’s a bigger issue at play. “Our culture has glorified the hustle, so we feel like something is missing unless we’re working ourselves to death. We think this is the cost of admission to be successful, but that’s false.” 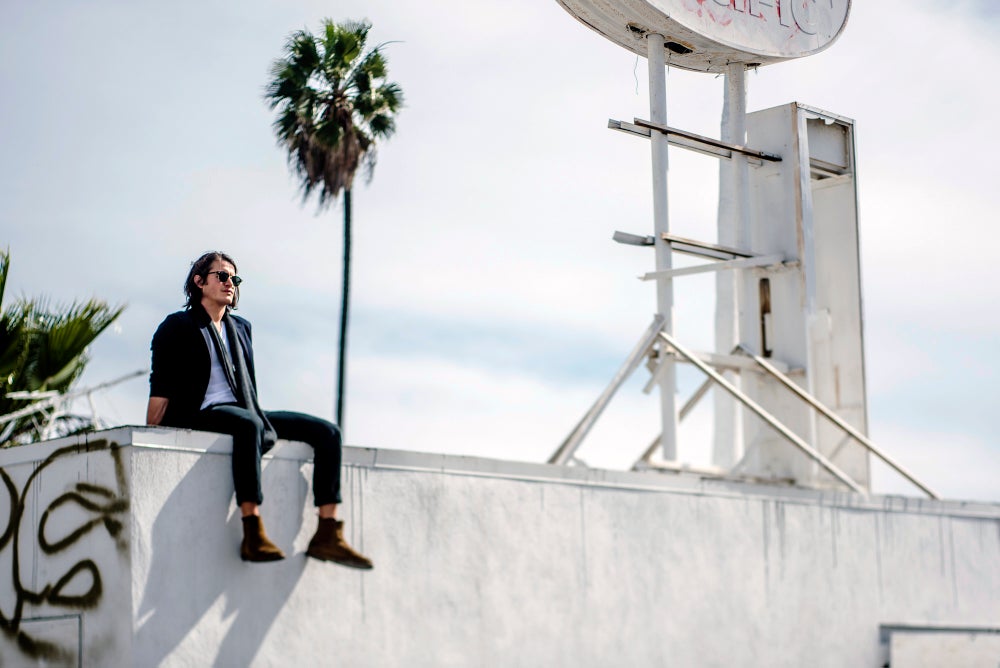 After working himself into the ground, Hind is now proof it doesn’t have to be that way.

“Success does not equal stress. Successful people actually aren’t busy, they’re purposeful. They have systems and teams to execute their vision. True leaders know their zone of genius and that you have the most impact when you cultivate deep, creative work. That’s how you put a dent in the universe.”

Hind admits it’s difficult to change. “I know what it’s like to feel like you’re in too deep. Unless you have a physical reaction like mine, leaving you with no other choice, getting out of survival mode is not a flip of the switch. It takes effort, which feels easier to allocate to your business. But that will come back to bite you.”

That’s why Hind is dedicated to building the best health and performance coaching company for entrepreneurs. The purpose of EvolutionEat is to help other entrepreneurs who are profitable but living in survival mode like he was.

“Being the hyper-motivated person I am, I was on a mission as soon as I recovered from my burnout,” says Hind. He recently developed the Evolved Entrepreneur’s Operating System (EE/OS, for short) to help successful entrepreneurs design their lives like leaders. The programmatic methodology helps them create business results by optimizing their energy, health, and performance.

“First and foremost, being a leader means being a leader for yourself. This isn’t about your ‘lifestyle’ — it’s about your life. Mastering your energy flow, incorporating discipline into your decision-making, and improving your health is fundamental to living a meaningful and explosive life. And it’s good for business!”

Hind believes expert coaching is the ultimate secret weapon for entrepreneurs. “It’s a mirror into the future that sees only your potential, reflects only your power, and demands complete responsibility for leading life with purpose. And who is mightier than an evolved entrepreneur on purpose?”

In less than a year, one of Hind’s clients doubled his revenue, halved his workload, lost 30 pounds, and overcame binge eating. Now he meditates twice a day, exercises five days a week, and reads a book per week. Many of Hind’s clients see similar results. 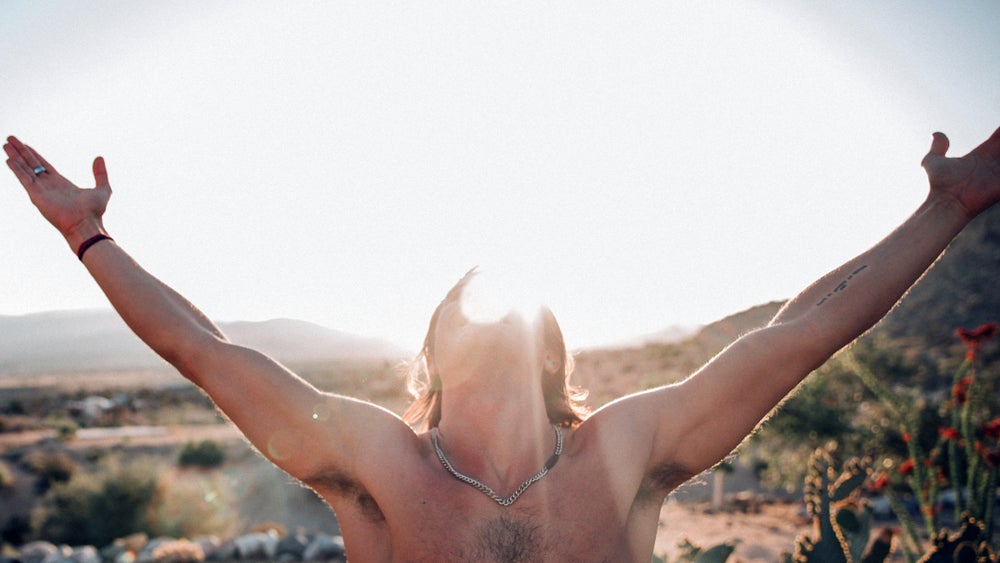 Hind has found his life’s purpose; and it doesn’t involve working 24/7.

As for Hind? He practices what he preaches. He starts the day at 4:45 a.m. with a run to Santa Monica beach, where he meditates and goes for a lone swim with the sunrise. He has his own cast of coaches, and he’s writing a book based on his experiences about what it means to be an “evolved entrepreneur.” He often disconnects for days to work from his cabin in the woods. Most importantly, he found his life’s purpose — and it doesn’t involve working 24/7.

“Entrepreneurs are going to change the world,” he says with conviction. “But we need healthy relationships with ourselves first.”

It’s Hind’s mission to help others develop these kinds of relationships and leave a legacy.

This article provides a description of the steps … END_OF_DOCUMENT_TOKEN_TO_BE_REPLACED

Featured image by Tumisu via Pixabay As a … END_OF_DOCUMENT_TOKEN_TO_BE_REPLACED

First published in Exchange, the magazine of the … END_OF_DOCUMENT_TOKEN_TO_BE_REPLACED

Uptown Cheapskate is a resale store for young … END_OF_DOCUMENT_TOKEN_TO_BE_REPLACED

A team of neuroscientists in the United States … END_OF_DOCUMENT_TOKEN_TO_BE_REPLACED

This article was translated from our Spanish … END_OF_DOCUMENT_TOKEN_TO_BE_REPLACED

If you buy something through our links, we may … END_OF_DOCUMENT_TOKEN_TO_BE_REPLACED

Although managing inbound shipping can be … END_OF_DOCUMENT_TOKEN_TO_BE_REPLACED