You are here: Home / Entrepreneur / ‘Shark Tank’s’ Barbara Corcoran Says She Built Her Business ‘Almost Like a Man’

Real estate mogul and business expert Barbara Corcoran started The Corcoran Group when she was just 23. Despite launching her company at a time when the business world was largely an old boys’ club, she managed to grow it into one of the top real estate firms in New York City. I sat down with the Shark Tank star to find out how she did it, and get her advice for any other young women looking to launch a successful business themselves.

Barbara Corcoran grew up with a powerful role model for how to run a business: her mother.

Related: Get Salary Negotiating Tips From Ellen Pompeo, One of the Highest Paid Women on TV

“Everything had its place,” the Amazon Business Prime American Express Card spokesperson said about how her mother ran the household. “If she did something more than once, she created a system, almost like a manufacturing person. And she was a wonderful motivator. So she was, in a real way, a great coach [and] leader.”

Corcoran credits the lessons she learned from her mother and her intrinsic desire to succeed as the driving forces behind the success of The Corcoran Group.

“A lot of people think you have to have a lot of knowledge to start a business,” she said. “I had something far more important than that — I had a dream. I had a clear image of who I wanted to be: I wanted to be the queen of New York real estate.”

She didn’t let the fact that it was mostly men who were sitting at the top of many major companies stop her from figuring out how to achieve a dream career.

“The world was owned by the old boys, rich guys that had inherited their businesses from their father and their father before,” said Corcoran. “But somehow in my little mind I thought, ‘I’m going to be the queen of this town in real estate.’ And I moved toward it and moved toward it until one day I was written up in New York magazine, and they called me ‘the queen of New York real estate.’”

Related: Why Quitting My 6-Figure Job Was the Best Decision for My Family

The Shark Tank star said she would not have been able to become a success in the business world if she hadn’t waited until later in life to start a family.

“When I built my business, I built it almost like a man,” said Corcoran. “I had no children, I didn’t have a marriage, and I hyper-focused on building my business from the time I was 23. So in a real way I had no other concerns. I had my first child at 46, and I can tell you, once I started my family I could have never built the business I built if I had been a mother early. I just wouldn’t have had the concentration, I wouldn’t have had the total dedication. I would have been equally inspired to be a phenomenal mother, and that’s a division of labor, thought and a division of your heart.” 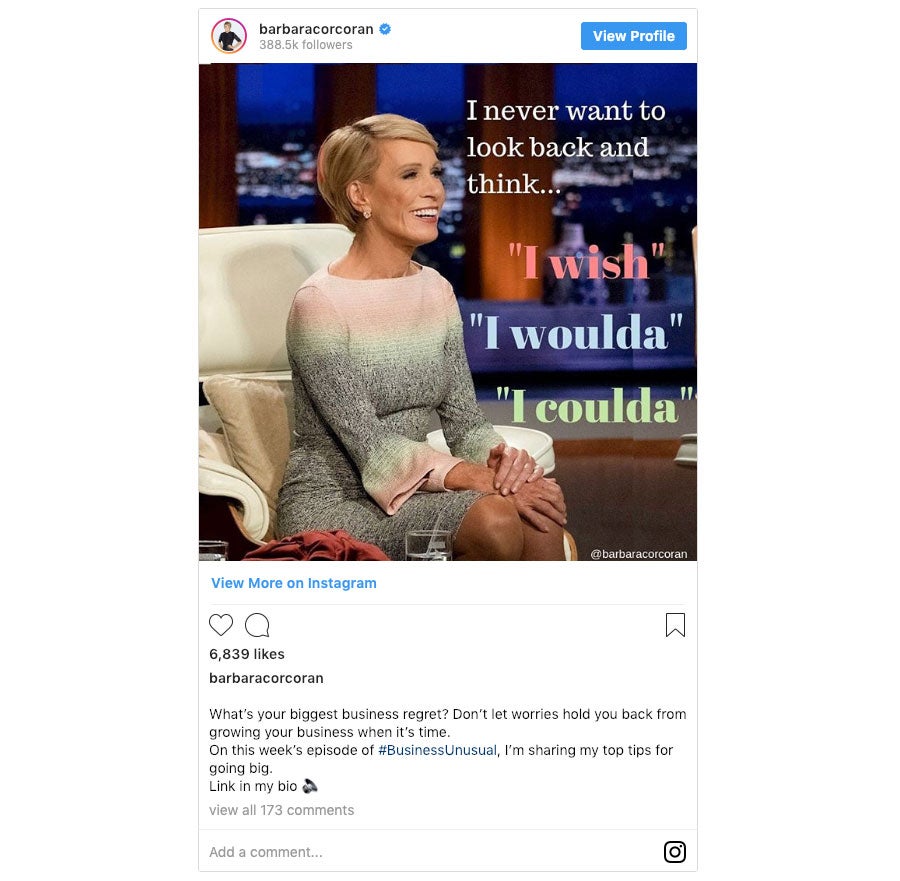 The mogul advises any other aspiring small business owners to make sure they have a plan in place to deal with a limited cash flow when getting their company up and running.

“Here’s what goes on with a small business: You have big dreams, you want to push forward, your sales are increasing — and what gets in the way is cash flow,” she said. “You just can’t seem to make enough money to make it through the next three months relative to what your expenses are. It puts people out of business. [A business credit card like] the Amazon Business American Express card eliminates that possibility, because in essence, it operates almost as a standing credit line for a small business owner. That’s phenomenal.”

Related: 3 Helpful Subscription Services, According to This Successful Mompreneur

Corcoran hopes to inspire other young women who want to start their own business to follow their passion.

“My best tip if you’re a young, working woman is dream about what you want to do, and find a way to do it,” she said. “The only sad people I’ve ever met in life are the people who wish they shoulda, woulda, coulda. You don’t want to be one of those. The best motivation in the world is just to open yourself up to life and say, ‘What do I really want to do? What do I really dream about? How the heck am I going to get there?’ And take a shot at it. You have to go out and grab what you can. You only go around once.”

Click through for more advice from your money champion on how to live a richer life. 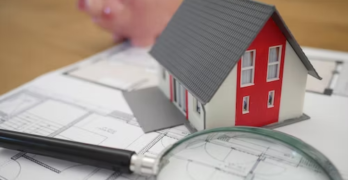 Featured image by Tumisu via Pixabay As a … END_OF_DOCUMENT_TOKEN_TO_BE_REPLACED

First published in Exchange, the magazine of the … END_OF_DOCUMENT_TOKEN_TO_BE_REPLACED

Uptown Cheapskate is a resale store for young … END_OF_DOCUMENT_TOKEN_TO_BE_REPLACED

A team of neuroscientists in the United States … END_OF_DOCUMENT_TOKEN_TO_BE_REPLACED

This article was translated from our Spanish … END_OF_DOCUMENT_TOKEN_TO_BE_REPLACED

If you buy something through our links, we may … END_OF_DOCUMENT_TOKEN_TO_BE_REPLACED

Although managing inbound shipping can be … END_OF_DOCUMENT_TOKEN_TO_BE_REPLACED