You are here: Home / Entrepreneur / Moderna says that its vaccine (in which Mexico participates) is 94.5% effective against COVID-19

A second experimental coronavirus vaccine has successfully prevented COVID-19 in the final stage of clinical research, marking a victory in the fight against the pandemic.

Moderna announced the success Monday morning in a press release, saying its vaccine was 94.5% effective in preventing COVID-19 , the disease caused by the new coronavirus. An independent group of experts found clear signs of effectiveness after reviewing preliminary data from an ongoing study of 30,000 people, Moderna said.

The Moderna injection is the second major vaccine program to announce success in an advanced stage trial. Pfizer and its German partner BioNTech said on November 9 that their vaccine was found to be more than 90% effective in preventing COVID-19 in a preliminary review of an ongoing study.

Both announcements provide much-needed good news as the pandemic spreads across the globe, though it could be weeks before regulators review vaccines and decide whether to make them more accessible. The United States now averages more than 140,000 new coronavirus cases a day, and the healthcare system is showing worrying signs of strain as hospitalizations and deaths rise.

Moderna’s share price gained more than 10% before markets opened on Monday and was about to hit an all-time high. US equity futures also rose, with the S&P 500 and the Dow Jones Industrial Average gaining between 1.4% and 1.8% to trade around session highs.

Pfizer and its German partner BioNTech said on November 9 that their vaccine was found to be more than 90% effective in preventing COVID-19 / Image: NurPhoto | Getty Images

“Those are two great vaccines that will help a lot of Americans and help a lot of people around the world,” Moderna CEO Stéphane Bancel said in a video interview with Business Insider.

Moderna’s release indicates that its vaccine is very similar to Pfizer’s. Moderna said its vaccine appeared to be 94.5% effective, while Pfizer said its injection was more than 90% effective. Moderna’s analysis was based on 95 COVID-19 cases, while Pfizer’s review included 94 cases. The data from neither company has been published in a scientific journal and both are still gathering more information on the safety of their vaccines.

It would be “naive to compare 90% to 94.5%,” Bancel told Business Insider, saying it’s too early to compare the shots.

Volunteers in the Moderna trial were randomly given a two-dose regimen of the experimental Moderna injection or placebo injections. The expert panel’s conclusion is based on 95 cases of the disease observed in the study.

Of those 95 illnesses, 90 people who took placebo became ill compared to five who received Moderna’s vaccine. The vaccine also appeared to prevent serious diseases. The researchers found 11 cases of severe COVID-19 among the placebo group and zero among the people who received the vaccine.

Moderna’s vaccine has yet to be evaluated by the FDA

Both vaccines are still experimental and must obtain regulatory clearance before being released to the public. Both companies plan to apply for the emergency use authorization at the end of November. It is unclear how long it will take the US Food and Drug Administration to evaluate the vaccines and decide whether to approve them.

Even if approved by regulators, the vaccine supply will be extremely limited at first, although it would be helpful to have two vaccines.

Moncef Slaoui, the senior advisor to the US government’s vaccine initiative Operation Warp Speed, recently estimated that 20 million Americans could be immunized in December if both vaccines were approved. 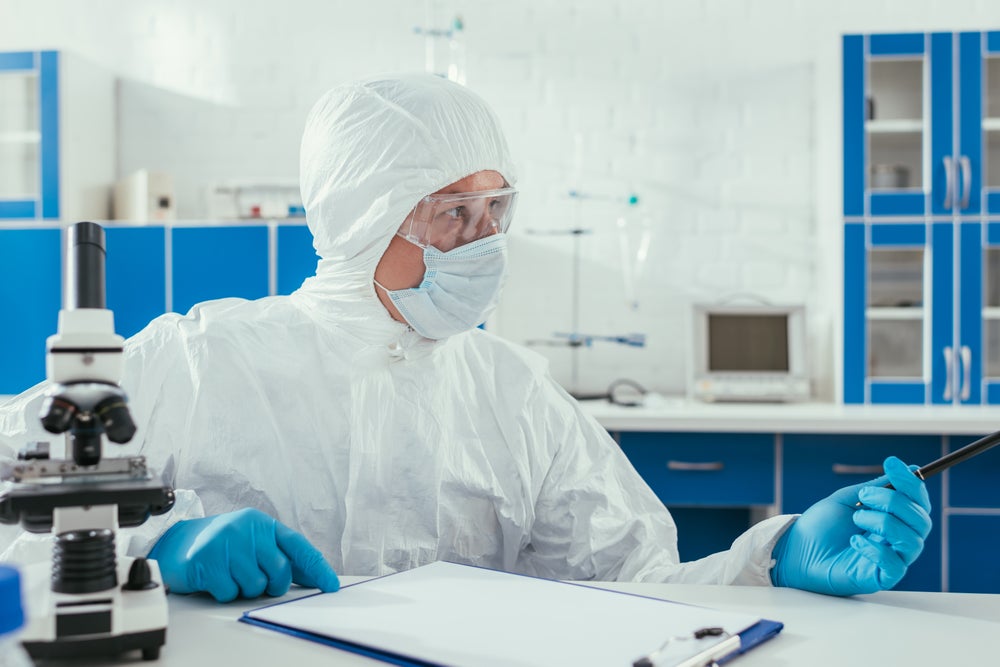 Even if the regulators approve it, the vaccine supply will be extremely limited at first / Image: Depositphotos.com

Moderna was a key component of Warp Speed’s vaccine plan, with the United States government investing up to $ 2.48 billion to fund its development and secure a supply.

Manufacturing will expand in 2021, with Pfizer saying it will have enough of its vaccine to immunize up to 650 million people and Moderna aiming to produce enough injections for 500 million worldwide. Vaccines from other drug manufacturers could also be available next year if they are successful in clinical trials that are now underway.

Bancel predicted that a coronavirus vaccine would be widely available in the United States by Memorial Day in late May, based solely on results from Pfizer and his company.

“Even if no other vaccine would make it, worst case scenario, I think by Memorial Day, at the end of June, any American who wants a vaccine will get their hands on a vaccine,” Bancel said.

Early success should bode well for other vaccine pioneers

The effectiveness of the Moderna injection should bode well for other vaccine pioneers. All of these experimental injections target the same part of the new coronavirus, the spike protein.

Slaoui told Business Insider in October that he anticipated three waves of approvals over the next few months.

Moderna and Pfizer would make up the first wave. They could quickly be followed by shots from Johnson & Johnson and AstraZeneca. Slaoui said he expected results in December or January from those companies.

The third wave includes two more takes, one from Novavax and the other from Sanofi and GlaxoSmithKline. Those programs are expected to begin the final phase of clinical trials in the United States in the coming weeks.

Leading government scientists have said that a vaccine should be widely available to Americans in April. Slaoui predicted in August that if people agreed to get the injections, we could be back to normal in the second half of 2021.

The announcements that both vaccines are effective is a validation of the new technology they both use, called messenger RNA. The technology platform uses only the genetic code of the virus to create a vaccine. The approach is promising but novel: to date, there are no federally approved mRNA vaccines.

It is too early to draw conclusions about whether one vaccine is more effective or safer than the other. Although Moderna provided much more detailed results than Pfizer, neither has published data in medical journals from its trials, which are still ongoing.

Both companies are still collecting and analyzing data, which means that the exact effectiveness of the shots could differ from these preliminary results.

Moderna provided an overview of preliminary data on safety and side effects, while Pfizer did not provide that information.

Most of the side effects from Moderna injections were mild or moderate, but some volunteers had serious side effects, which are medically significant but not life-threatening. These happened mainly after the second injection. The most common serious side effects were fatigue (9.7%), muscle aches or pains (8.9%), joint pain (5.2%), headache (4.5%), pain (4.1%), and redness in the injection site (2.0%). 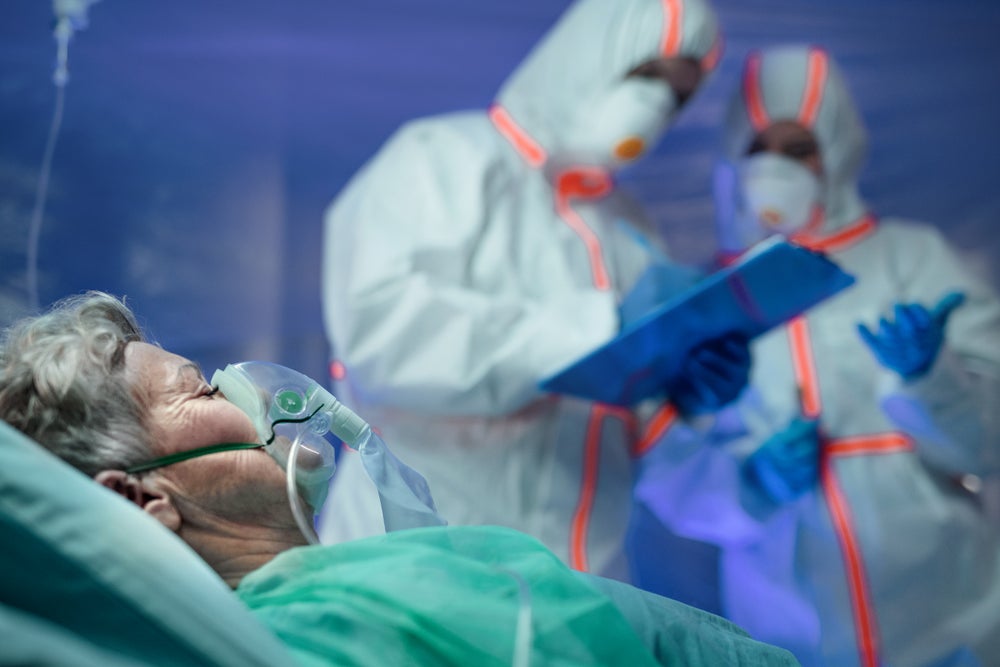 Most of the side effects of Moderna injections were mild or moderate / Image: Depositphotos.com

There are some other unanswered questions

In terms of efficacy, it is not clear whether any of the vaccines prevent asymptomatic infections. Studies are likely not able to answer that question definitively, as volunteers were not tested for coronavirus unless they developed symptoms.

No company has provided detailed results by age group. Historically, some vaccines have been less protective in older people.

Finally, we don’t know anything about how long the protection might last. That information will only come with more time, as the study volunteers are followed for many more months. People may need booster shots, although no one knows if they will be needed six months, a year, or several years later.

A transformative moment for Moderna

While Pfizer is a pharmaceutical giant known for treatments like Viagra and Lipitor, Moderna is a much smaller biotech upstart who has never developed an approved drug.

Still, Moderna, which has been around for only a decade, has quickly become one of the most vibrant startups in the pharmaceutical industry.

Bancel, the CEO, has had great insights into the potential of mRNA to work on a wide range of diseases. That has driven record levels of fundraising for Moderna, including the largest biotech IPO in history in December 2018.

The Cambridge, Massachusetts company is working on several other candidate vaccines for Zika, influenza, cytomegalovirus, and respiratory syncytial virus.

Moderna hopes its success with the coronavirus will show that the company’s core technology works, Bancel said.

“It’s copy and paste,” he said. “So the Zika vaccine, the CMV vaccine, if this vaccine shows high efficacy, they are going to have high efficacy. It’s just science.”

Responding to the pandemic has accelerated the company’s progress, and Moderna has worked closely with the US National Institutes of Health since January to develop and test a candidate vaccine for COVID-19. Moderna’s candidate vaccine was the first in the world to begin human testing in March.

Being able to have positive efficacy results from an advanced stage study in less than a year is a scientific feat so far equaled only by Pfizer and BioNTech. 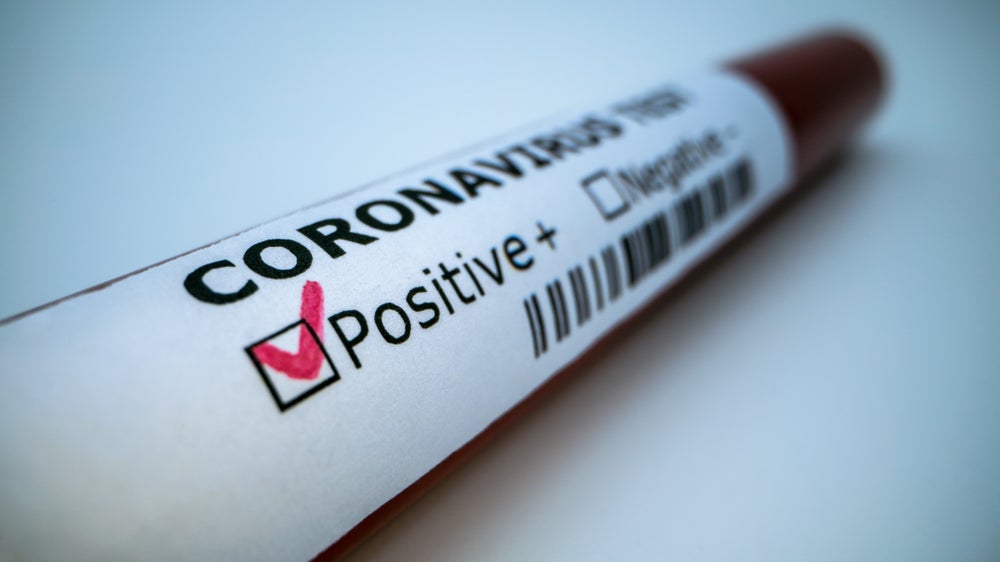 Moderna’s candidate vaccine was the first in the world to begin human testing in March / Image: Depositphotos.com

Investors have taken notice. Moderna’s stock has quadrupled this year, driven by the progress of the coronavirus vaccine. The company has hired hundreds of new employees, especially to help operate its Norwood, Massachusetts, manufacturing plant 24 hours a day.

The company’s success has also drawn criticism. The company’s top executives and board members sold $ 236 million worth of stock during the first nine months of 2020 as some corporate governance experts criticized insider sales as a poor view.

And some infectious disease experts criticized earlier press releases on positive early data as “science by press release.” The eventual data was later published in one of the major medical journals and was in line with Moderna’s initial description.

Despite criticism, Moderna’s late success is the clearest validation of its technology to date.

“It is just the beginning of a great wave of products,” said Bancel.

While there are significant logistical challenges ahead in the fight against the pandemic, having effective vaccines will go a long way in defeating the virus.

This article provides a description of the steps … END_OF_DOCUMENT_TOKEN_TO_BE_REPLACED

Featured image by Tumisu via Pixabay As a … END_OF_DOCUMENT_TOKEN_TO_BE_REPLACED

First published in Exchange, the magazine of the … END_OF_DOCUMENT_TOKEN_TO_BE_REPLACED

Uptown Cheapskate is a resale store for young … END_OF_DOCUMENT_TOKEN_TO_BE_REPLACED

A team of neuroscientists in the United States … END_OF_DOCUMENT_TOKEN_TO_BE_REPLACED

This article was translated from our Spanish … END_OF_DOCUMENT_TOKEN_TO_BE_REPLACED

If you buy something through our links, we may … END_OF_DOCUMENT_TOKEN_TO_BE_REPLACED

Although managing inbound shipping can be … END_OF_DOCUMENT_TOKEN_TO_BE_REPLACED