You are here: Home / Entrepreneur / 3 Powerful Lessons From Women With Ambition

While the world is still dismissive of women with ambition, plenty of female power players are hoping to change that.

While the world is still dismissive of women with ambition (the word is seen as a positive in men and a negative in women), plenty of female power players are hoping to change that.

The key issue: likability. Women with ambition are seen as “unlikable,” according to a Columbia Business School study. It’s not exactly a revelation, but the gender bias needs to be addressed.

Powerful women are doing exactly that. Cindi Leive, Glamour’s former editor-in-chief, says “Let’s resolve to redefine likability to include women who want things, badly, for themselves and for others.” In other words, women who are ambitious.

Related: What You Can Learn From These 3 Celebrity Women on Using Social Media for Social Good

Here are three business lessons entrepreneurs can learn from women with ambition who are challenging what it means to be likable — and succeeding:

Reese Witherspoon says she believes the world would change if women were encouraged to be more ambitious.

When Witherspoon started her own film production company to tell women’s stories, she was told there wasn’t a market for female-driven material and her business wouldn’t survive more than a few years. She took it as a challenge. Big Little Lies, the hit HBO drama she produces, took home eight Emmys for its first season, and her production company, Hello Sunshine, is a powerhouse.

Apple recently purchased three female-centric Hello Sunshine projects, including a series about morning news show hosts that is said to be one of the most expensive deals in TV history — $240 million for 20 episodes. Apple is betting that Witherspoon’s instincts about projects will lead to a huge ROI, helping it compete with Netflix, Hulu and Amazon. Witherspoon’s ambition isn’t just changing the gender landscape in media; it’s also generating an enormous profit.

Witherspoon’s success with Hello Sunshine carries an important lesson for entrepreneurs: Trust your gut and make things happen for yourself. Witherspoon knew she wasn’t the only person in the world craving female-centric stories. So, when she was discounted, she didn’t take no for an answer.

Related: Should You Take Business Advice That Contradicts Your Instincts?

Trusting your instincts doesn’t mean that just because you have a good idea, it will magically generate a profit. Witherspoon didn’t simply know in her gut that stories about women were both needed and profitable, then sit around waiting to be handed a producing gig. She read books to find material she wanted to produce, got on the phone and called studio heads until she found someone who would listen to her vision. And when she finally got a meeting, she had done her research and was fully prepared to successfully pitch her ideas.

Translation?  Follow your instincts, and also put in the work. 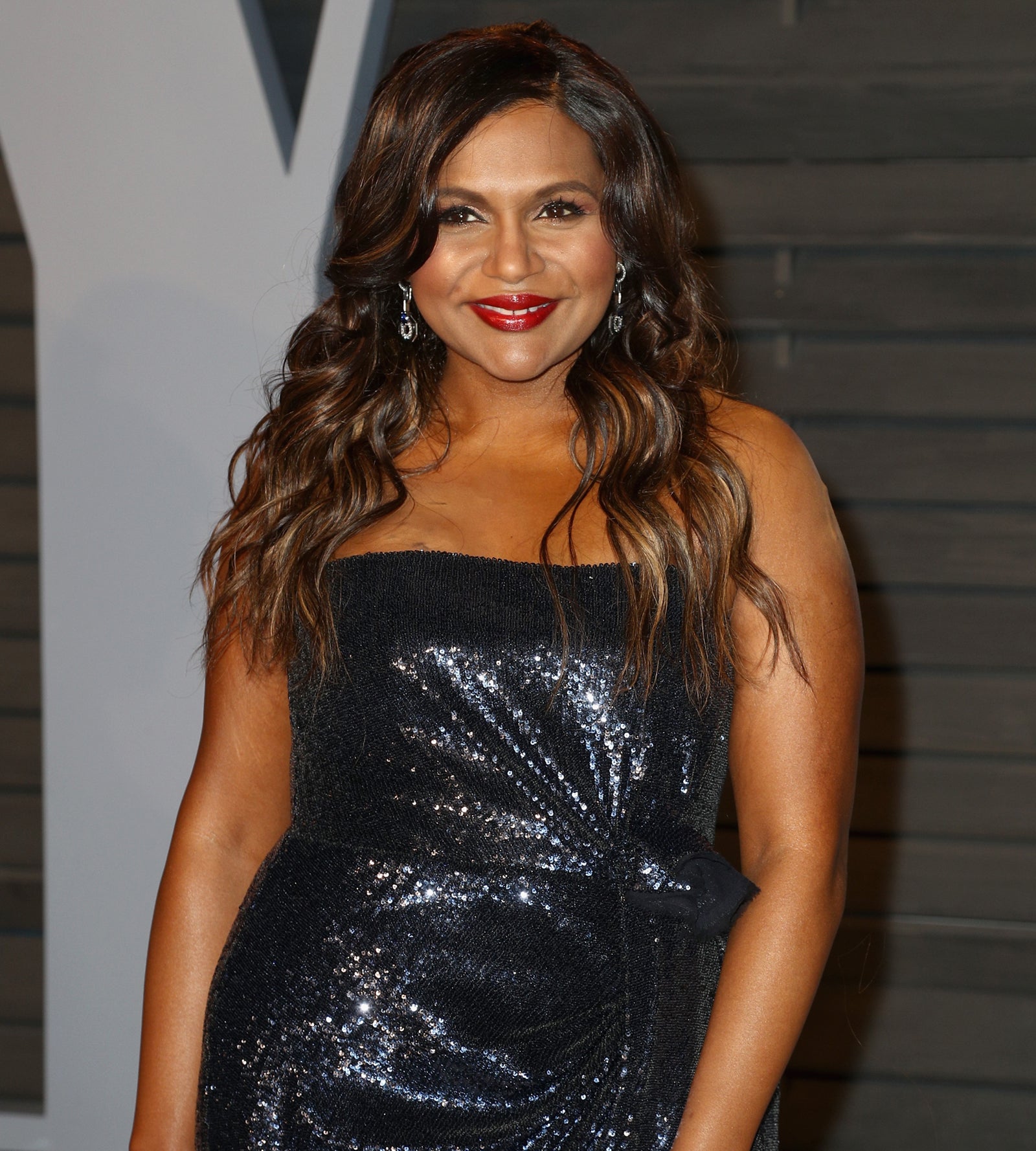 Writer-producer-actor Mindy Kaling is fiercely blunt about women having ambition: “‘Why the f**ck not me?’ should be your motto.” No more putting yourself and your abilities down, thinking someone else deserves your dream. If you’ve put in the work, you deserve success, and if it’s not handed to you, then you make it happen.

Kaling didn’t become a writer and producer on The Office and The Mindy Project (the latter of which she also created and starred in) by politely waiting to be offered authority.  She went out and seized it.  As Kaling puts it, “I love women who don’t ask ‘Is That OK?’ after everything they say.”

Women have a tendency to put others on a pedestal while downplaying their own strengths. Not Kaling, whose TV namesake quips “It’s so weird being my own role model.”

If you’re an entrepreneur struggling with finding the confidence to consider yourself your own role model — or make your business goals a reality — Kaling has some stellar advice: Put in the effort. Work really hard, harder than everyone else around you. Work, Kaling says, until you “know your sh*t.”

If you’ve put in the hours, Kaling believes you’re wholly allowed to feel entitled to your career goals: “Entitlement is simply the belief that you deserve something.”

When you know you deserve something, you don’t ask permission to take charge — you simply do it. 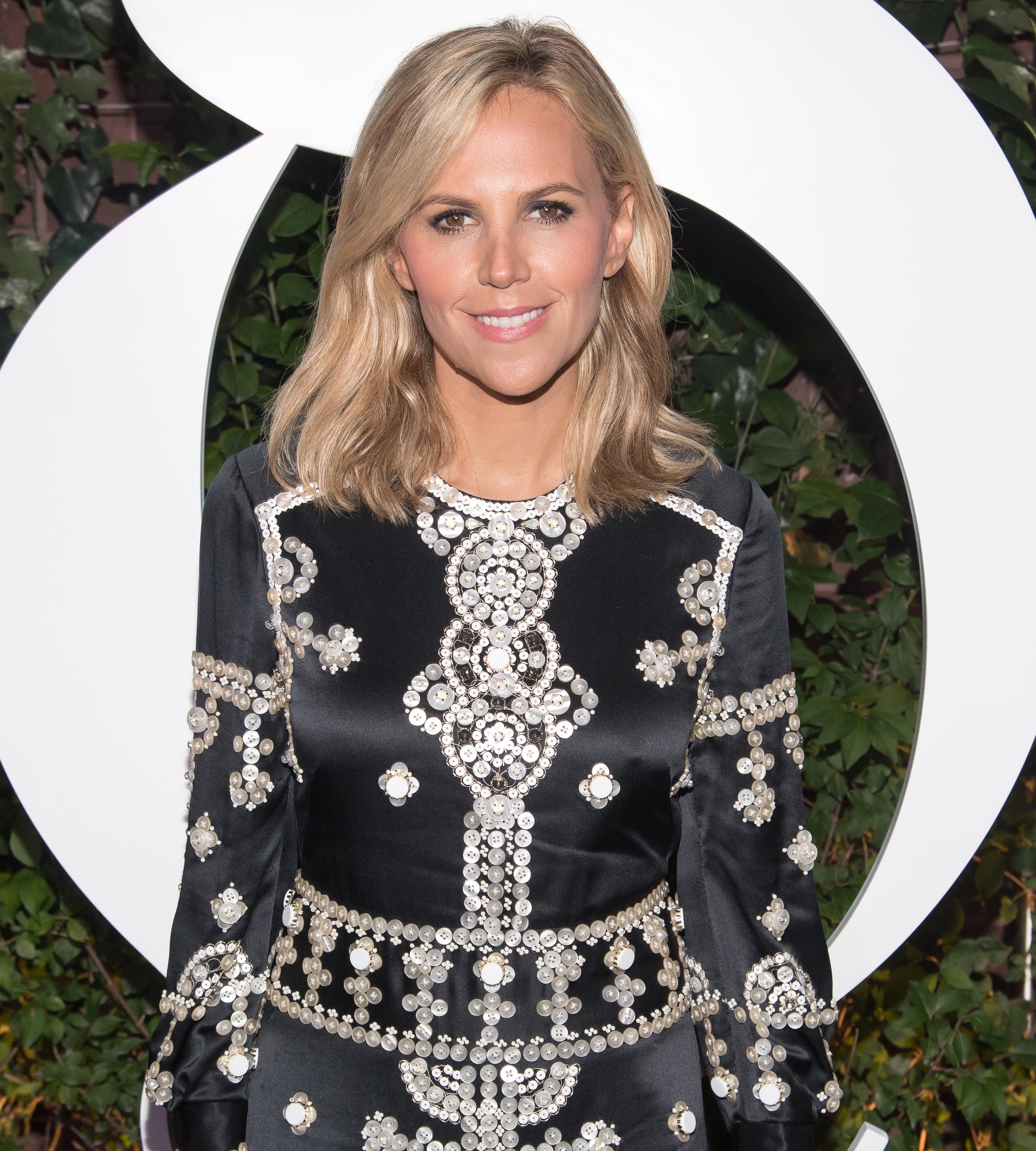 Fashion designer Tory Burch tells women to embrace ambition and uses her Tory Burch Foundation to empower women entrepreneurs. Burch, listed as one of Forbes’ Most Powerful Women in the World, believes we need to rebrand how women with ambition are perceived so that more women-owned businesses can thrive.

To that end, Burch has created a Fellows Program that gives out grants and provides support to female-led businesses. Two of her fellows have seen their businesses make over a million dollars.

Burch takes issue with the fact that only 4.6 percent of Fortune 500 CEOs are women and vehemently believes that women hiding their ambition is no way to achieve gender parity. Quite the opposite. Burch’s “Embrace Ambition” campaign is designed to empower women to fully own their ambition — and reject the idea that ambition is only a positive word when applied to men.

Entrepreneurs can take a lesson from Burch: When you become successful, don’t hide your success — flaunt it!

Your business is more likely to succeed if you make a point of promoting your accomplishments — not by bragging but by having the confidence to share stories of your success. Did you break the ice and land a new client by bonding over your mutual love of adopting animals? Did you give a bold, daring speech and get a standing ovation? Confidently share your achievements because success breeds success.

Women have a reputation for downplaying their own strengths and waiting for others to praise them rather than praising themselves. If you’re having difficulty embracing your ambition and flaunting your success, turn to a platitude from your childhood: Practice makes perfect.

Vocalize your strengths and loudly declare to the world how amazing you are until you start to believe it yourself. And help other women along the way. Applaud your female peers to give them the confidence to applaud themselves. Women supporting other women is key to more women succeeding in business, particularly in leadership roles.

Featured image by Kindel Media via Pexels Many … END_OF_DOCUMENT_TOKEN_TO_BE_REPLACED

As companies continue to intensify efforts to … END_OF_DOCUMENT_TOKEN_TO_BE_REPLACED

First published in Exchange, the magazine of the … END_OF_DOCUMENT_TOKEN_TO_BE_REPLACED

Uptown Cheapskate is a resale store for young … END_OF_DOCUMENT_TOKEN_TO_BE_REPLACED

A team of neuroscientists in the United States … END_OF_DOCUMENT_TOKEN_TO_BE_REPLACED

This article was translated from our Spanish … END_OF_DOCUMENT_TOKEN_TO_BE_REPLACED

If you buy something through our links, we may … END_OF_DOCUMENT_TOKEN_TO_BE_REPLACED

Although managing inbound shipping can be … END_OF_DOCUMENT_TOKEN_TO_BE_REPLACED