You are here: Home / Entrepreneur / 15 Biggest Money-Making Criminals of All Time

The inside finances of the world’s most law-adverse entrepreneurs.

With billionaire drug lord Joaquín “El Chapo” Guzmán Loera’s U.S. trial currently snorting up line after line of cable news screen time, it got us wondering about who really is the most cash-heavy criminal of all time?

The following list contains many net-worth guestimates (surprise, crooks don’t keep the most accurate tax returns!) and their ill-gotten gains have been adjusted for inflation. We’ve also excluded all of the other billionaires within the infamous Medellin Cartel besides Pablo Escobar (otherwise it’d be a very repetitive roll call).

Final note: we omitted past and present evil despots like Saddam Hussein and Vladimir Putin (the latter is rumored to be the richest man in the world) because grabbing gobs of money when you have armies and nuclear weapons at your disposal seems a little too easy.

Related: The 9 Weirdest and Craziest Crimes and Heists of 2018

Salerno’s nickname was as unoriginal (“Fat Tony”) as his signature look was stereotypical (fedora hat, omnipresent cigar). But there was nothing run-of-the-mill regarding this Genovese crime family boss’s ability to gamble on gambling fraud and impose his infamous “Mafia Tax” on New York City construction. Fortune magazine rated Anthony “most powerful and wealthiest gangster in America” in 1986 whereas the Medical Center for Federal Prisoners in Springfield, Missouri deemed the crook “dead via stroke” in 1992.

Hollywood Bona Fides: At least Fat Tony lived long enough to see himself immortalized as a Simpsons regular thanks to the vocal styling of actor, Joe Mantegna. 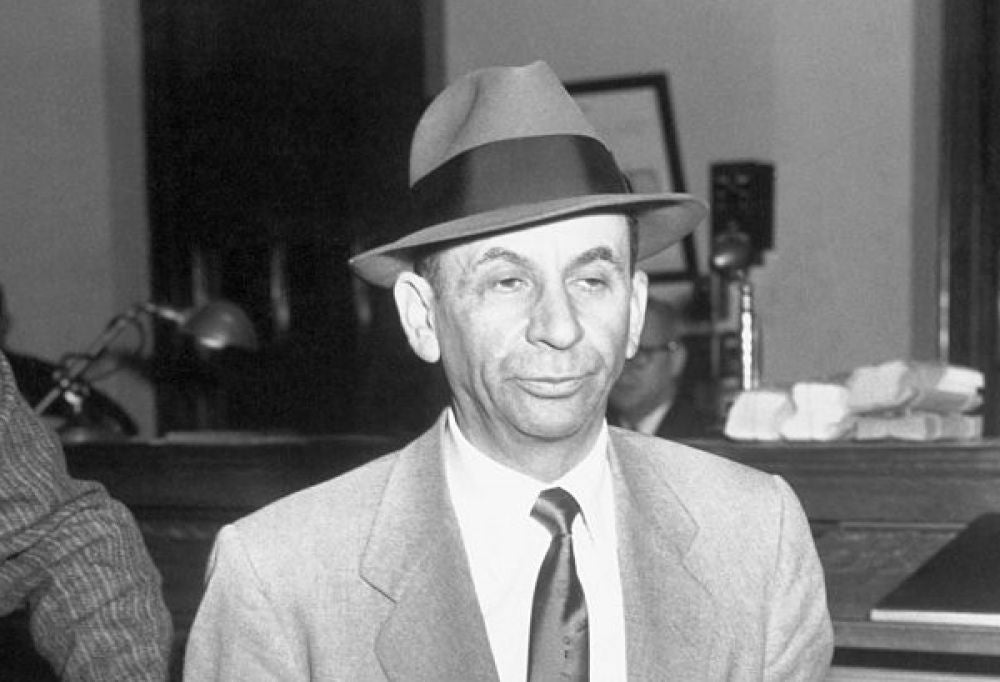 Mommas don’t let your babies grow up to be mobsters. Let them grow up to be accountants of mobsters, instead! Lansky’s 50-year career as the money manager/boss of childhood pals Bugsy Siegel and Charles “Lucky” Luciano, among other Mafioso, ended with him dying semi-peacefully (lung cancer) and very much not-in-jail, at the age of 80, in 1983.

Related: Even The Mafia Can Teach Us Something 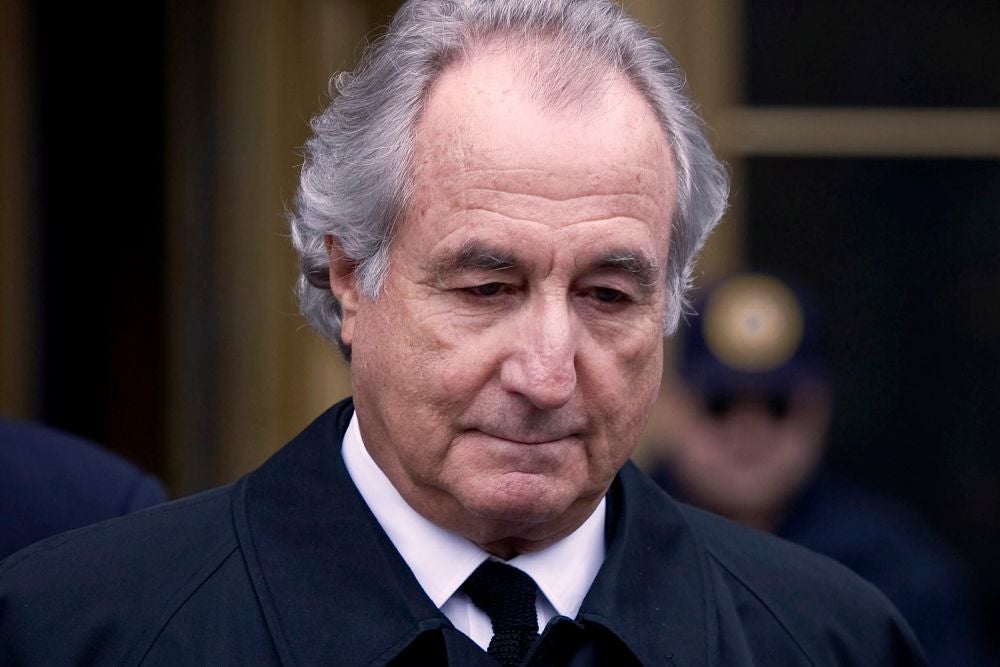 The former NASDAQ chairman has plenty of years in prison (150 to be precise) to mull over all the gullible lives he’s ruined. Madoff’s Ponzi scheme racked up $65 billion from unsuspecting clients, but readers should spare some added sympathy for lowly Mets fans, because of course team owner Fred Wilpon was a client. 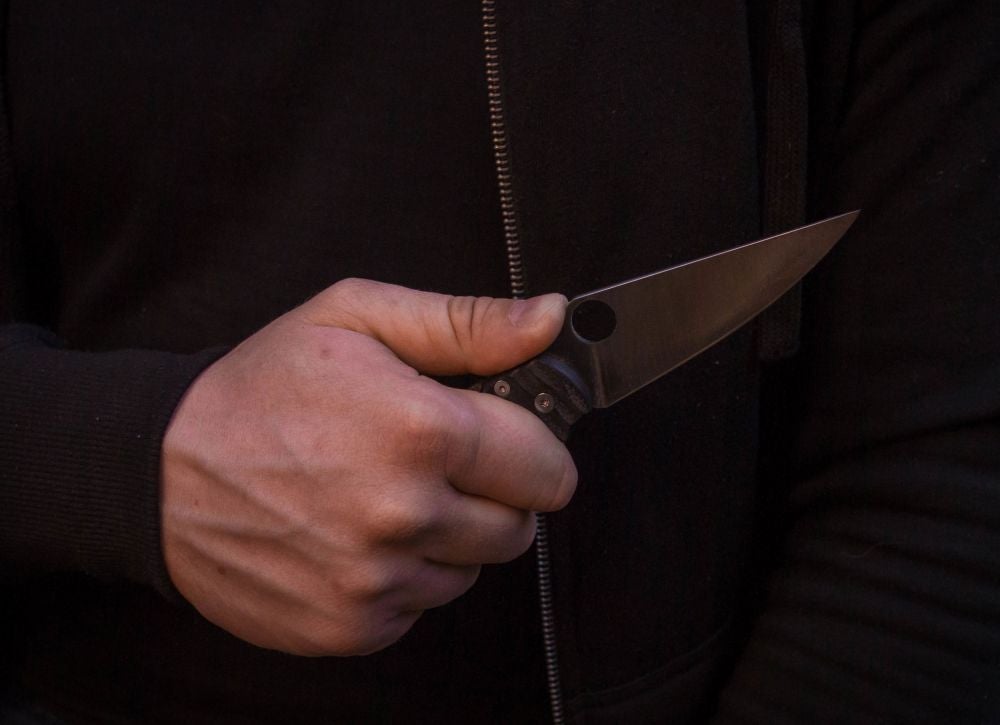 In 1990 a messenger was robbed of his suitcase via this knife-wielding burglar in what, on the surface, seemed to be your average, everyday mugging. Less average: The contents in question were £292 in bearer bonds treasury bills meant to be delivered to the Bank Of England. Patrick was never charged for the robbery (he died of a gunshot wound to the head a year after the heist), although co-conspirator, Keith Cheeseman, who helped sell the loot, was jailed for 6-and-a-half years. All but two of the bonds ended up being recovered.

Hollywood Bona Fides: None to really speak of, so just rent a Guy Ritchie film, hire a cockney translator, and you’ll get the basic gist. 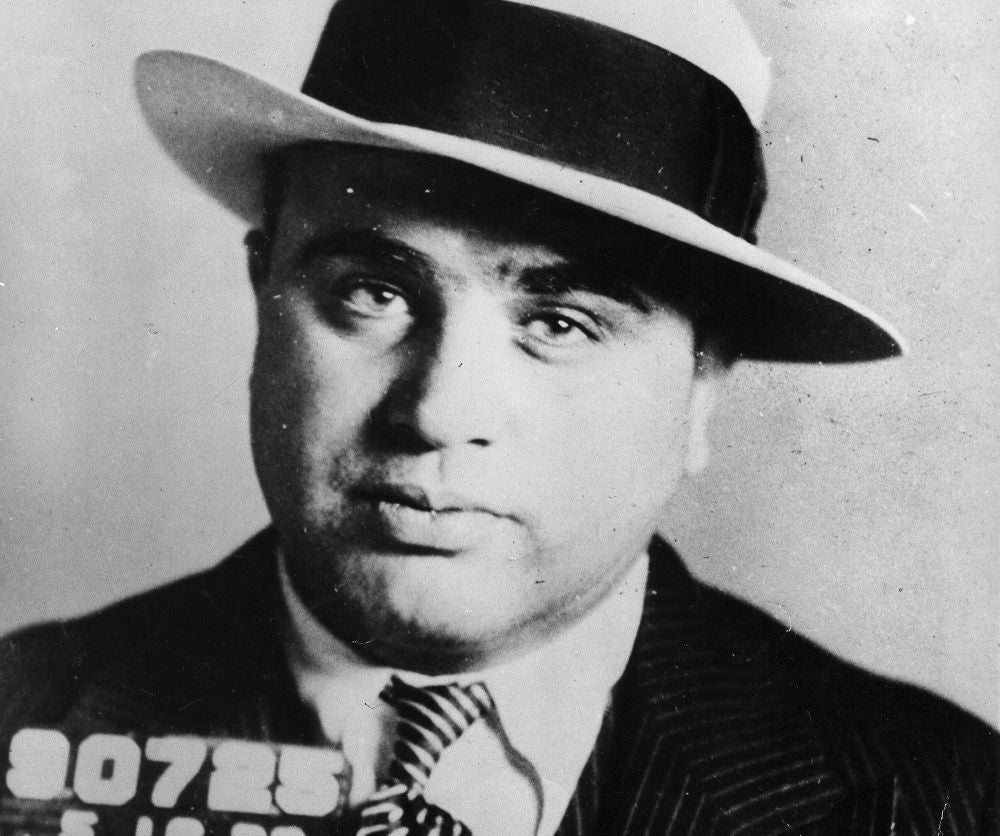 Traveling Chicagoans can thank Michael Jordan for finally replacing this gangster as the one man the world associated with the Windy City. At Capone’s brain-bashing, bootlegging, mid-twenties zenith, he quite literally owned Cook County. Alas it was income tax evasion that ended the crime spree and cardiac arrest (thanks to late-stage syphilis which reduced Al’s mentality to that of a child) that ended his life in 1947.

Hollywood Bona Fides: Too many to count, but we’ll always go back to Robert De Niro’s weight-gain-to-Oscar-Lane portrayal of Capone in 1988’s super-historically-inaccurate The Untouchables because that’s the Chicago way! 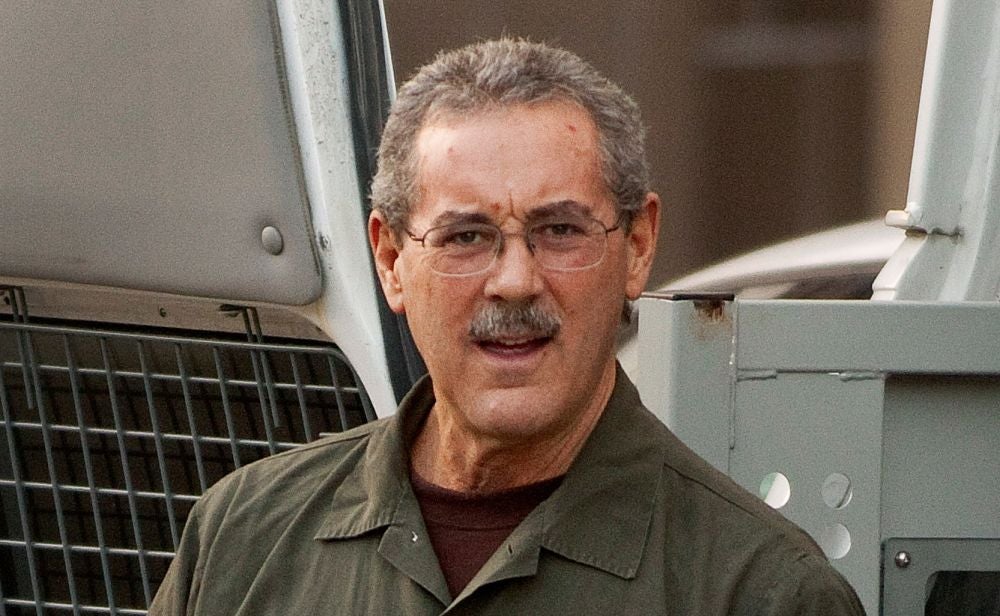 This fifth-generation Texan’s Ponzi scheme was as big as the state that spawned him. The moment the SEC charged Stanford Financial, in 2009,with massive ongoing fraud in 2009, centering on an eight-billion-dollar investment scheme and left most of Allen’s clients destitute, was also the moment he tried to escape via a private jet. Sadly for Stanford, he was better at fleecing clients than fleeing the country and is currently serving a 110-year federal prison sentence.

Hollywood Bona Fides: None to really speak of apart from being the focus of a very special episode of CNBC’s American Greed. 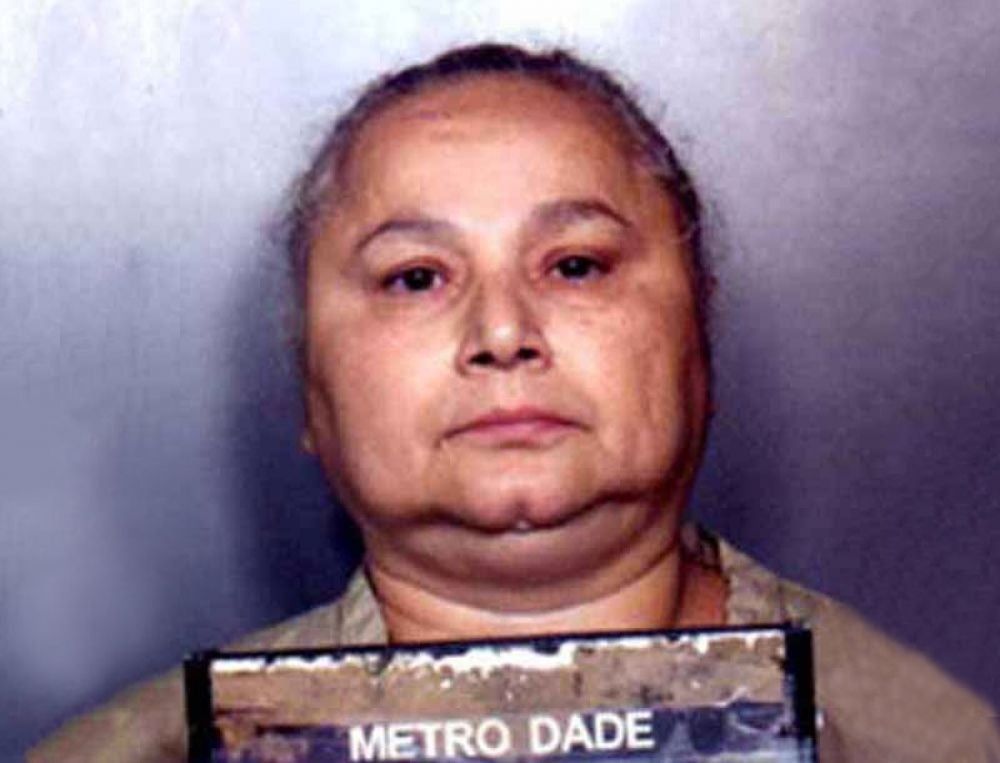 This Miami-based drug lord committed her first murder at the age of 11, is believed to be responsible for at least 200 other homicides, named her third son Michael Corleone (Griselda was called “The Godmother”) and developed her own line of underwear resplendent in secret coke smuggling pockets. Blanco was murdered in 2012, at the age of 69, via a method she’d pretty much invented: A peel in, peel out, motorcycle shooting.

Related: Nearly Half of All Cell Phone Calls Will Be Scam Calls in 2019 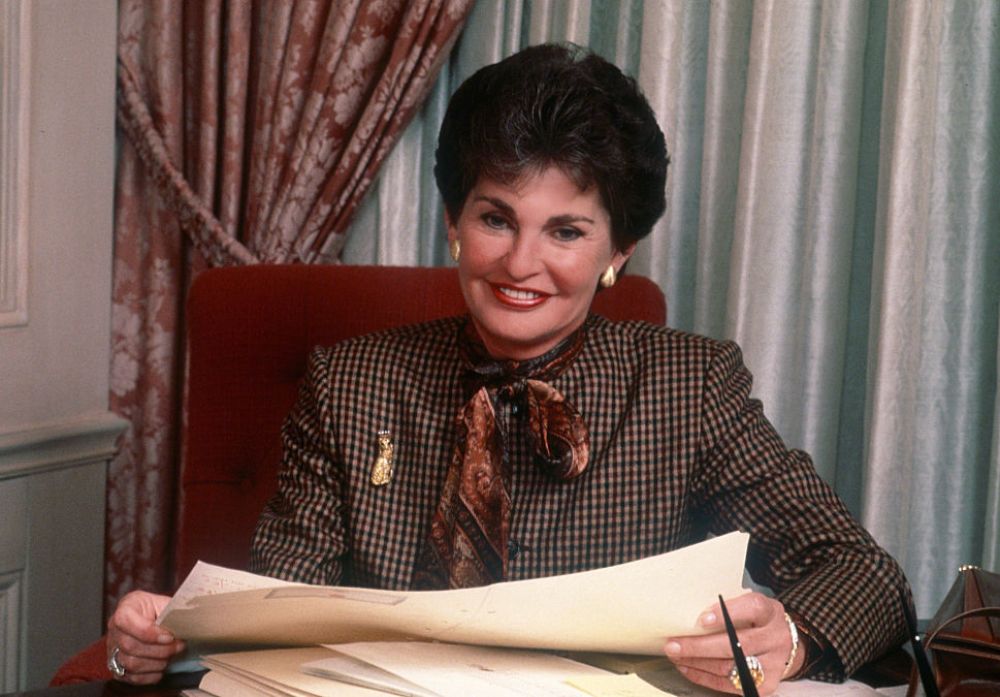 When this real estate maven and hotel owner wasn’t refusing to pay vendors, dodging extortion charges and leaving her Maltese dog, Trouble, a $12-million trust fund, in her will? The hotel owner was being convicted of federal income tax evasion, along with her ailing husband, to the tune of nineteen months in prison and two months under house arrest in 1989. Helmsley’s off the cuff quote “We don’t pay taxes; only the little people pay taxes” haunted this Joker lookalike to her dying day…which, as it turns out, was August 20, 2007, at the age of 87.

Hollywood Bona Fides: The 1990 TV movie Leona Helmsley: The Queen of Mean is worth noting. Worth watching? Not so much. But, yeah, feel free to note it. 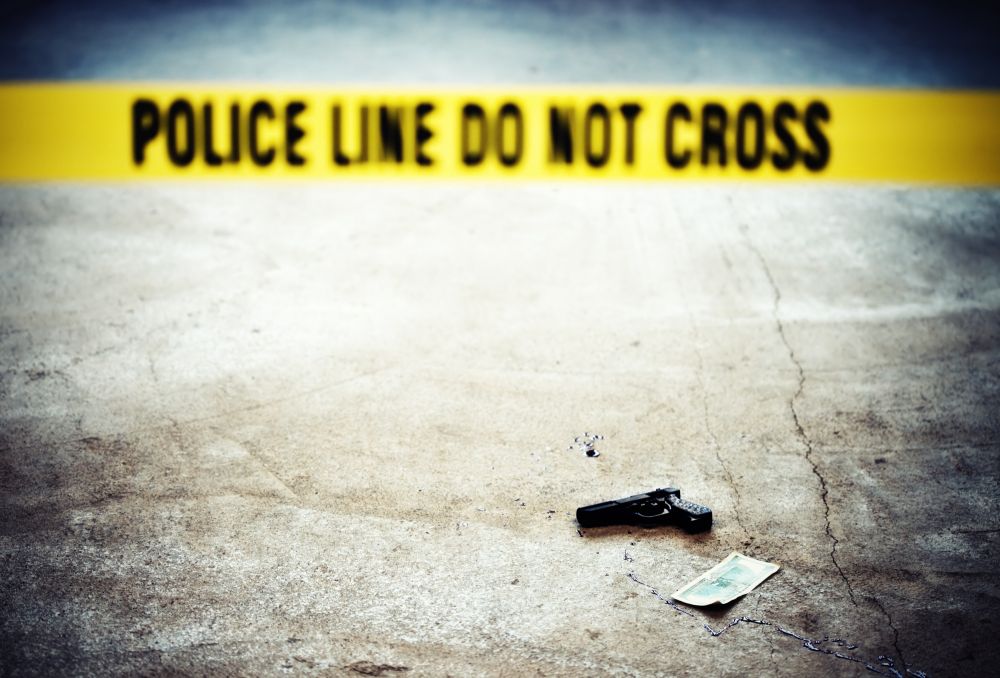 This Japanese WWII vet began his life of crime as the second-generation leader of Japan’s infamous Inagawa-kai yakuza crew and graduated to real estate scams after marinating in prison from 1978 to 1984, while still basically being Godfather of the gang (and even hiring George H.W. Bush’s brother, in 1989, as an advisor). Susumu died peacefully, albeit far less solvent (thanks for nothing, bursting economic bubble) in 1991. 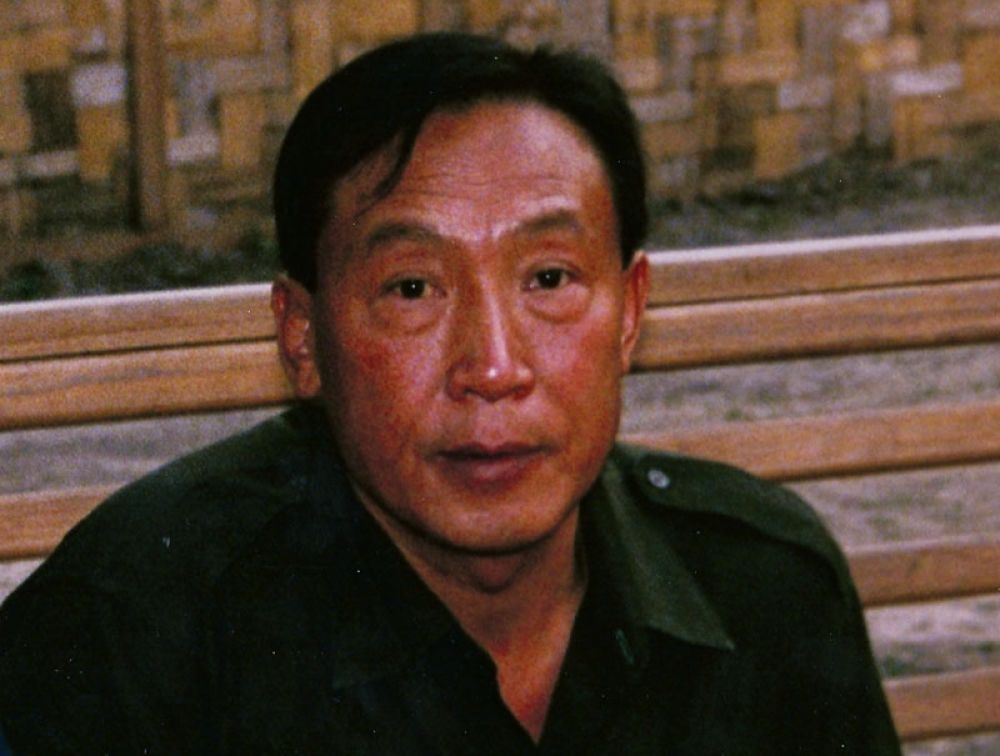 The Burmese warlord supplemented his income by way of being the undisputed “Opium King” within the infamous Golden Triangle heroin market. Khun survived all manner of assassination attempts and bungled captures to die of natural causes, in Myanmar, at the age of 73 in 2007 and his many children remain successful within the local business community. 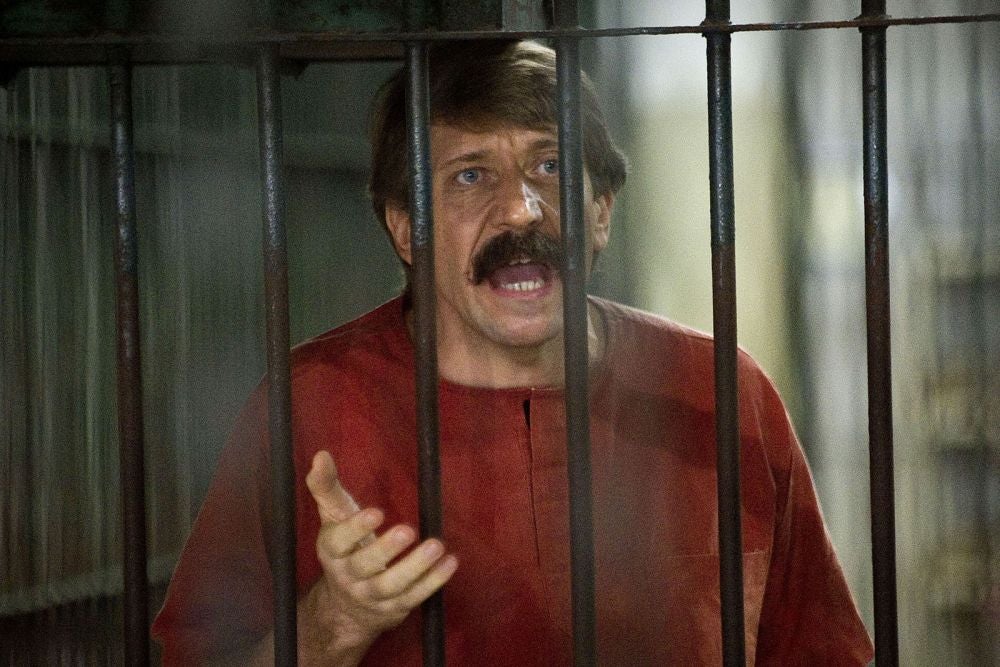 This prolific Russian arms dealer (who happens to look just like…a prolific Russian arms dealer) hated embargoes as much as he loved his airfreight companies that provided the perfect cover with which to smuggle artillery to all manner of Columbian, African and Middle Eastern baddies. The wings on the Merchant Of Death’s (his actual nickname) 20-year career were clipped for good in 2010 and he currently resides within the United States Penitentiary in Marion, Illinois.

Hollywood Bona Fides: Nicholas Cage’s character in the 2005 film Lord of War was (very) loosely based on Bout. 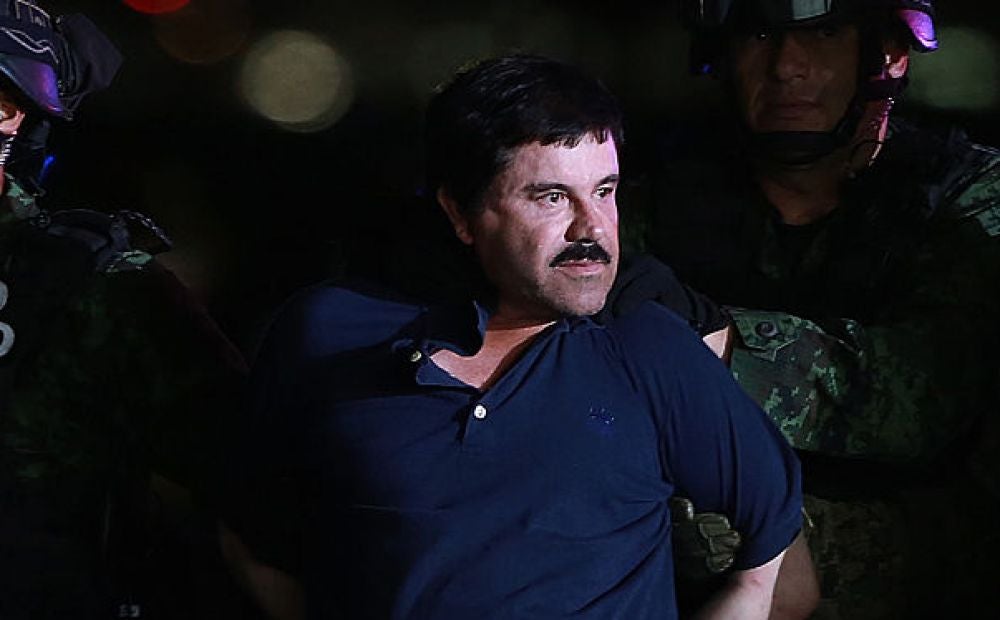 Big on horrific crime and not much else, the 5′ 5″ Sinaloa Cartel leader garnered headline after headline regarding his murderous vendettas, mole-like narcotics tunnels and multiple prison escapes. It all ended with Chappy’s final (?) capture in 2016 thanks to the accidental snitch that is Sean Penn. 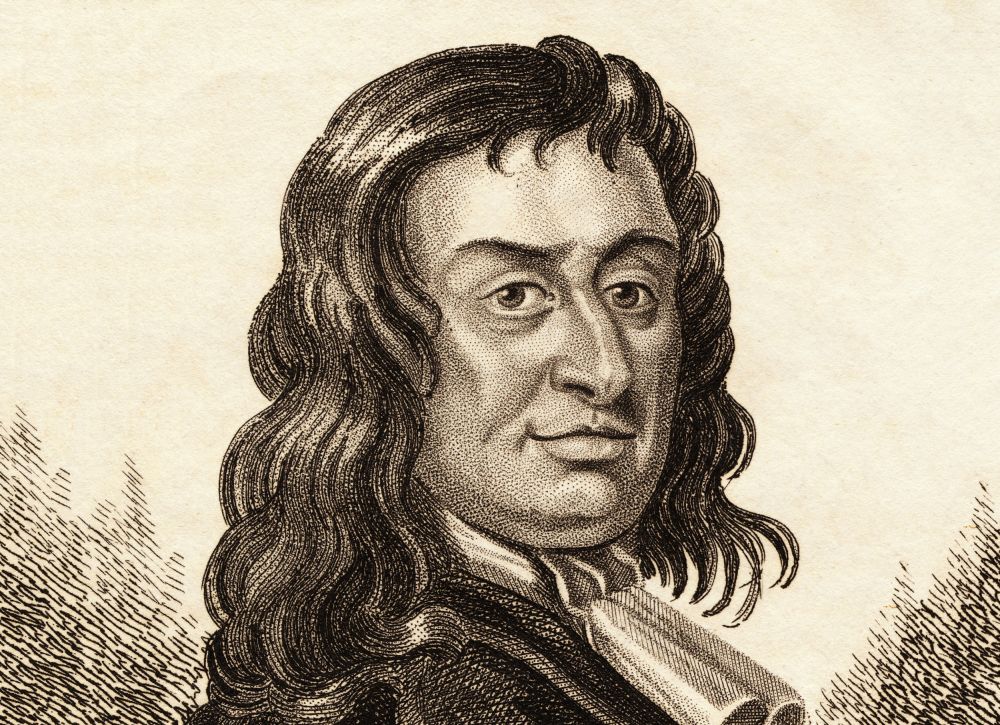 In 1671 this Irish-born officer — who’d previously befriended Tower Of London employees by posing as a parson — bum-rushed the Crown Jewels keeper, grabbed the haughty hat and, fleeing on horse, made it as far as the Iron Gate before being captured. He was one of the most cash heavy crooks that ever lived. King Charles II was so taken by the scamp’s chutzpah that he gave the guy a full pardon and gifted Blood property in Ireland, to boot! We love happy endings.

Hollywood Bona Fides: Just binge watch both seasons of The Crown. HRH’s headwear looks roughly the same now as it did in the 17th century. 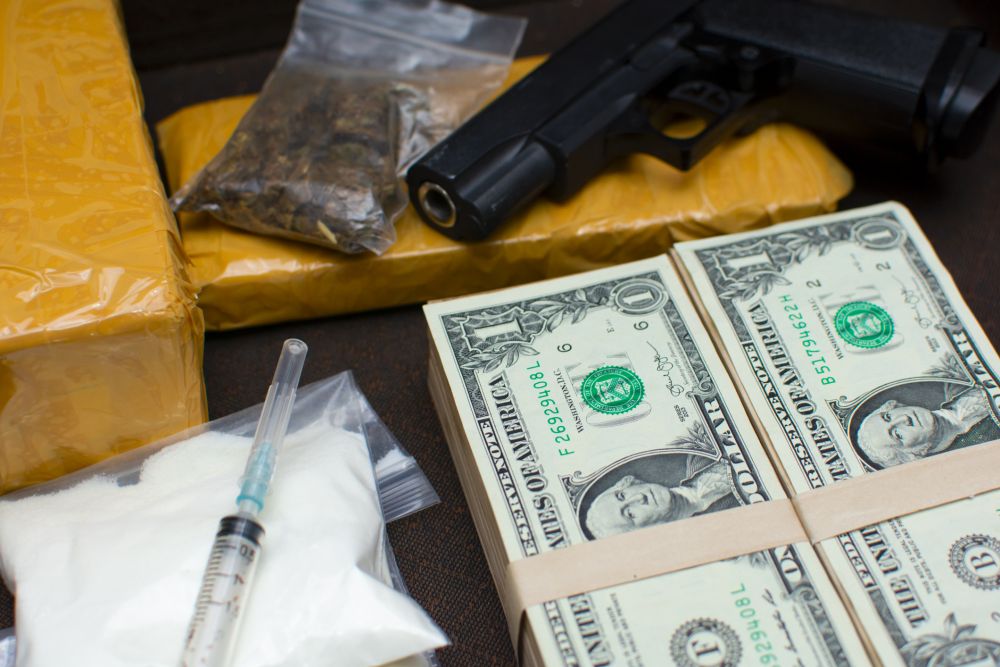 After murdering his boss and taking over Mexico’s Juárez Cartel, “The Lord Of The Skies” amassed a mint thanks to his fleet of drug-filled airplanes. In the end, it was paranoia, rather than the federales, that got Amad. He died in 1997, due to botched, identity-changing plastic surgery. And, yes, the two physicians responsible for the procedure were, of course, discovered dead, within steel drums, and encased in concrete.

Hollywood Bona Fides The man who worked with both Escobar and El Chapo is portrayed by actor, José María Yazpik, in the Netflix series Narcos: Mexico. 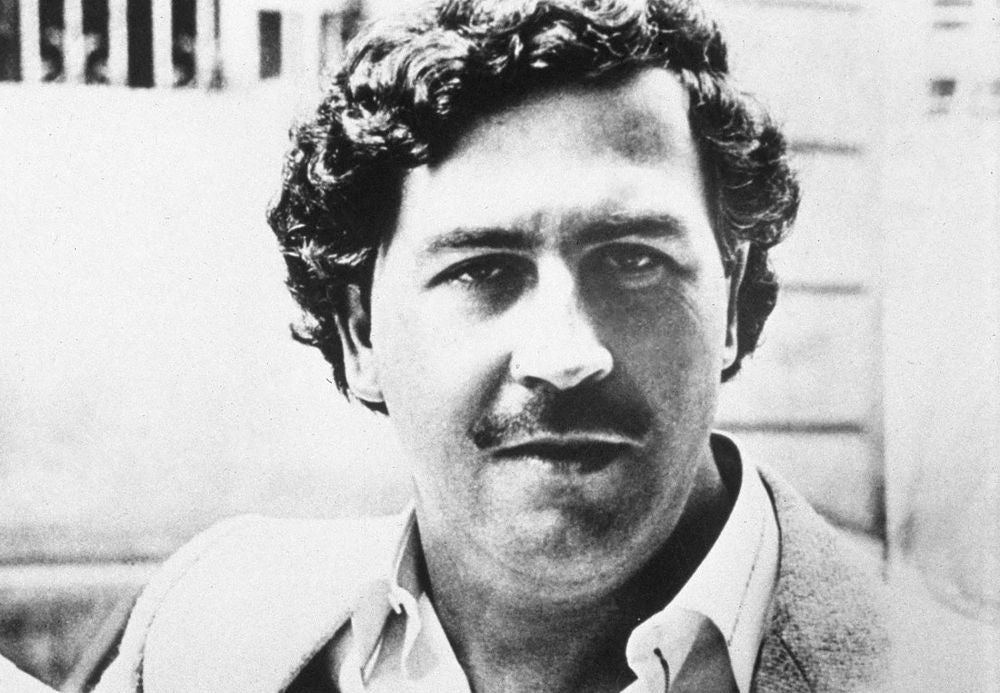 (Escobar’s stash took an estimated hit of $1.2 billion thanks to hungry rats in his many money hideouts.)

Measuring in at a not-so-whopping 5′ 6″, Pablo was almost as pequeño as El Chapo, but there was nothing itsy-bitsy about Escobar’s empire. At his zenith? The Columbian kingpin was responsible for nearly 80% of the cocaine smuggled into the United States. At his nadir? He was shot dead on a Los Olivos roof, while trying to escape the Colombian National Police, in 1993.

Related: The Marketing Lessons I Learned From Pablo Escobar

Data engineering has become integral to working with big data. This is largely … END_OF_DOCUMENT_TOKEN_TO_BE_REPLACED

Building a technology stack is one of the most … END_OF_DOCUMENT_TOKEN_TO_BE_REPLACED

First published in Exchange, the magazine of the … END_OF_DOCUMENT_TOKEN_TO_BE_REPLACED

Uptown Cheapskate is a resale store for young … END_OF_DOCUMENT_TOKEN_TO_BE_REPLACED

A team of neuroscientists in the United States … END_OF_DOCUMENT_TOKEN_TO_BE_REPLACED

This article was translated from our Spanish … END_OF_DOCUMENT_TOKEN_TO_BE_REPLACED

If you buy something through our links, we may … END_OF_DOCUMENT_TOKEN_TO_BE_REPLACED

Although managing inbound shipping can be … END_OF_DOCUMENT_TOKEN_TO_BE_REPLACED