You are here: Home / Entrepreneur / This Protein Drink Entrepreneur Was Able to Raise $8 Million — After Moving Across the Country

Iconic Protein’s Billy Bosch hit a wall a few years after launching the brand, so he packed up and headed west.

How far are you willing to go for your business? For Billy Bosch, the answer was across the country.

The founder of Iconic Protein, a maker of drinks and powders founded in 2013, had some good fortune at the early stages of his company when he was based in New Orleans, winning about $150,000 from pitch competitions. He then was able to secure a low interest loan of $250,000 through a local innovation fund, another $100,000 from a friends-and-family round, and finally a $1 million seed round from New Orleans investors. Still, Bosch needed constant capital to fund production runs, get into retailers and market his brand.

“New Orleans is a fantastic place to start a business … but when it came to raising a series A, I just couldn’t find the investors there,” Bosch said. “The hunt for money led me out to the West Coast” in 2016.

Related: How the Co-Founder of Noosa Went From Office Drone to $220 Million in Sales

“California is the market for health and wellness,” he added. “I was single. I didn’t have a lot of stuff. So I packed a bag and came out for the summer and crashed on a couch. I started seeing so much success getting into stores from San Diego to Los Angeles, that I’m like, ‘I’ve got to stay out here.'”

Bosch still had to hustle to get money, however. He said it took 250 to 300 meetings to convince 30 investors to fund an $8 million series A round in 2017. But his efforts paid off. Iconic’s ready-to-drink beverages and protein mixes can now be found in more than 6,500 stores. The company said it has averaged more than 150 percent year-over-year revenue growth for the past three years. Its best-selling products are its Chocolate Truffle, Cafe Latte and Vanilla Bean grass-fed dairy protein drinks. The company employs 16 people.

What led Bosch to starting Iconic was his own unhealthy eating habits. Before becoming an entrepreneur, he was a traveling account manager for Shell, eating the “worst food that America has.” A doctor diagnosed him with high cholesterol, indigestion and heartburn, and questioned him about his diet, he said. But when the doctor prescribed him pills, Bosch said he knew he needed to change his diet. So he went to a nutritionist, Molly Kimball, who advised him to eat more protein in the form of a shake.

Related: How a Four Loko Co-Founder Became the Leader of a Plant-Based Protein Beverage Brand

“I went back to her and I brought every protein drink I could find, and piled them on her desk,” Bosch recalled. She said all of them were unhealthy. “So out of frustration, I said why don’t you help me create a drink?”

Bosch worked with Kimball on a formula, which led to the creation of Iconic. (She’s credited with creating the formula, but is not involved with the company.) It’s this development process that Bosch finds most satisfying about running his own company.

“The most satisfying part of this business is when you create a product and then you’re contacted by a customer who says it’s amazing and they drink it every day,” he said. “Most entrepreneurs describe [running a business] as getting kicked in the face every day. The little bit of gratitude that you get from people makes it totally worth it.” 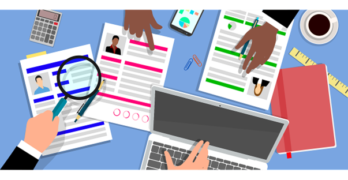 Featured image by fizkes Despite the fact that … END_OF_DOCUMENT_TOKEN_TO_BE_REPLACED

First published in Exchange, the magazine of the … END_OF_DOCUMENT_TOKEN_TO_BE_REPLACED

Uptown Cheapskate is a resale store for young … END_OF_DOCUMENT_TOKEN_TO_BE_REPLACED

A team of neuroscientists in the United States … END_OF_DOCUMENT_TOKEN_TO_BE_REPLACED

This article was translated from our Spanish … END_OF_DOCUMENT_TOKEN_TO_BE_REPLACED

If you buy something through our links, we may … END_OF_DOCUMENT_TOKEN_TO_BE_REPLACED

Although managing inbound shipping can be … END_OF_DOCUMENT_TOKEN_TO_BE_REPLACED