You are here: Home / Entrepreneur / Everything You Need to Know About IGTV, Instagram’s New Longform Video App

It will be a standalone app as well as a section within the regular Instagram app.

Instagram on Wednesday announced IGTV, a new platform for longer videos that is designed to function like social-media based television.

IGTV is now available in the most recent version of the Instagram app. The new feature supports longform video — up to an hour long — shot in vertical orientation. The videos take up the entire smartphone screen, like Instagram Stories, and they will be accessible not only within the Instagram app, but via a separate IGTV app which is slated to launch in the coming days.

Instagram co-founder and CEO Kevin Systrom and IGTV product manager Ashley Yuki delivered the news onstage at a live-streamed event in San Francisco. They explained that IGTV will be navigable just like television: When a user opens the app, the IGTV video content of an account they already follow on Instagram will begin playing. In the original Instagram app, IGTV content will be accessible via a separate section, not as part of a user’s feed.

There won’t be channels beyond individual user accounts, though — as Instagram states in a blog post, “the creators are the channels.” Creators with more followers will have the ability to make hour-long videos right away, but average users will be capped at 10 minutes initially.

Related: Instagram Has Answered Your Questions About How Its Algorithm Works 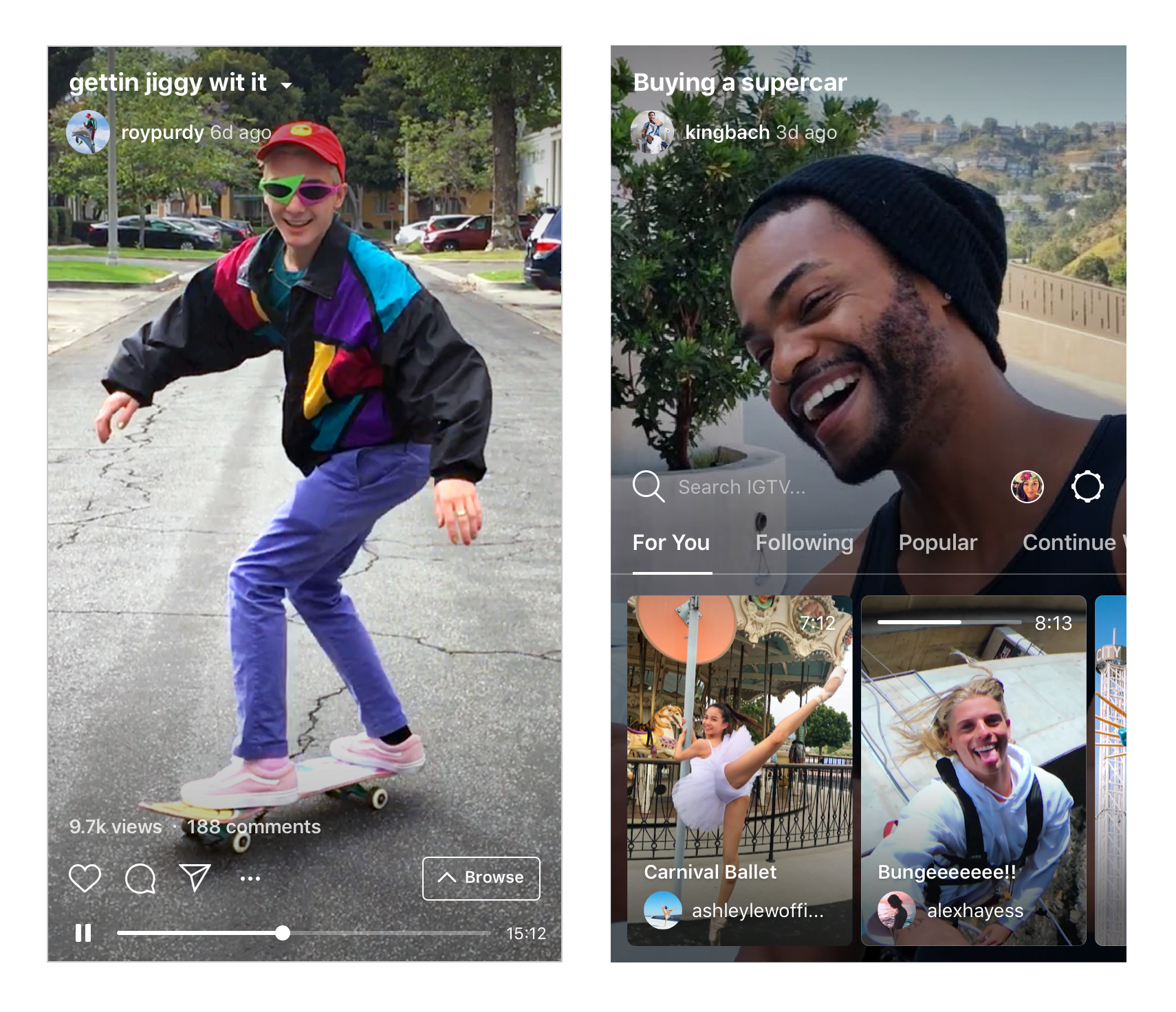 It seems that IGTV is Instagram’s attempt to compete with YouTube and Snapchat Discover, which already offer longer-length videos. Instagram’s parent company, Facebook, launched a TV-like section called Watch in August 2017. And of course, Instagram already supports longer feeds in via Instagram Live, but IGTV is designed to support video series. Instagram influencer Lele Pons, who has more than 25 million followers, is among those who will have a show on IGTV. 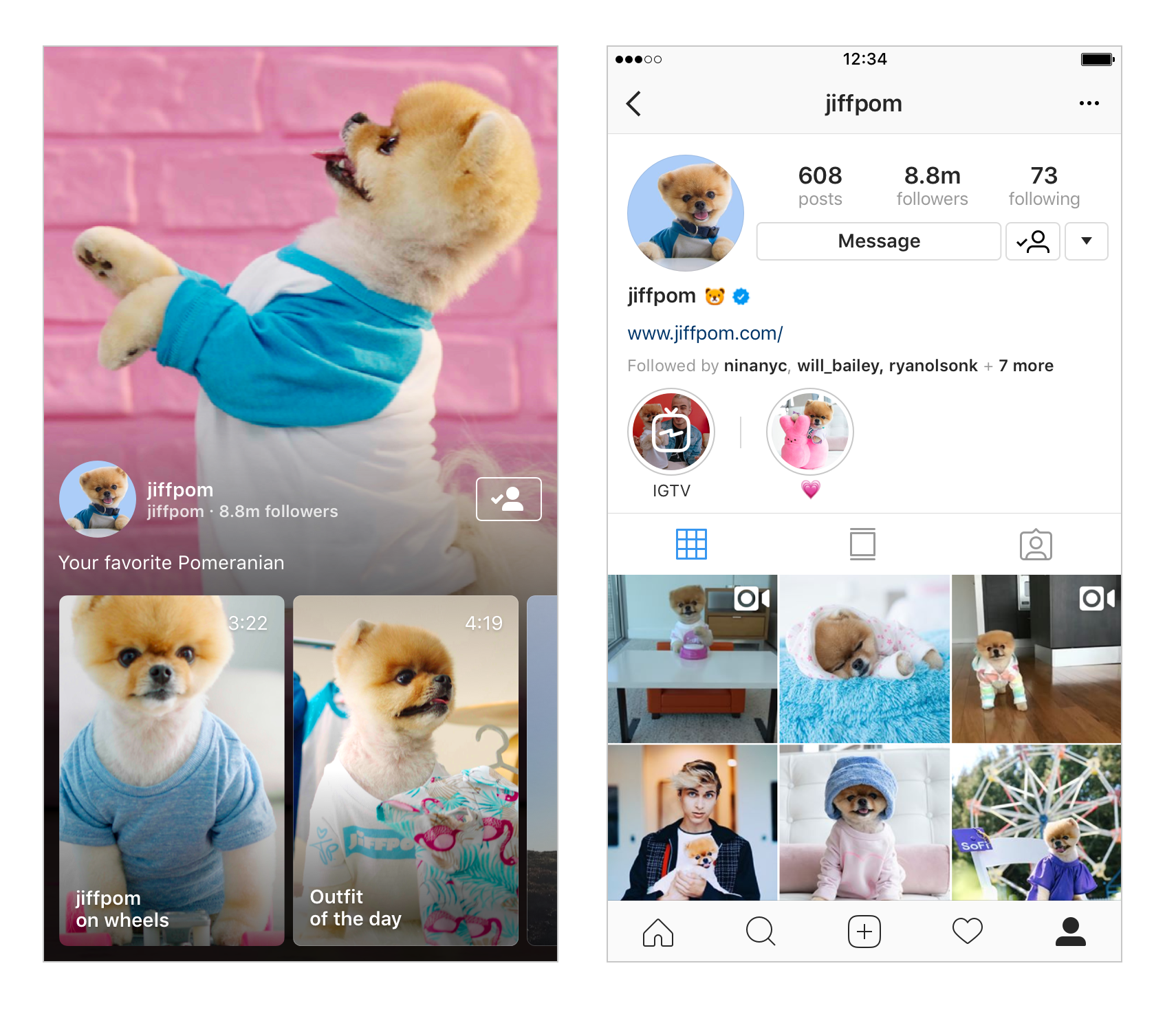 As for the ability for Instagram influencers to leverage IGTV to make a living, Systrom says that won’t be directly possible at launch. At this moment, advertising is not a part of IGTV, and the company isn’t paying any creators to upload content.

“Right now we’re focused on building engagement,” Systrom said in a press Q&A following the event in San Francisco. “But that’s obviously a very reasonable place to end up. There will be a way for creators to make a living.”

Featured image by Kindel Media via Pexels Many … END_OF_DOCUMENT_TOKEN_TO_BE_REPLACED

As companies continue to intensify efforts to … END_OF_DOCUMENT_TOKEN_TO_BE_REPLACED

First published in Exchange, the magazine of the … END_OF_DOCUMENT_TOKEN_TO_BE_REPLACED

Uptown Cheapskate is a resale store for young … END_OF_DOCUMENT_TOKEN_TO_BE_REPLACED

A team of neuroscientists in the United States … END_OF_DOCUMENT_TOKEN_TO_BE_REPLACED

This article was translated from our Spanish … END_OF_DOCUMENT_TOKEN_TO_BE_REPLACED

If you buy something through our links, we may … END_OF_DOCUMENT_TOKEN_TO_BE_REPLACED

Although managing inbound shipping can be … END_OF_DOCUMENT_TOKEN_TO_BE_REPLACED