You are here: Home / Entrepreneur / This Is Why Boomer Business Owners Should Stop Whining About Millennial Employees


I was at a conference of equipment manufacturers in Texas recently and the talk turned to the millennial generation.  The audience was mostly middle-aged men and women. Business owners. It didn’t go well.

“They don’t work as hard we do,” one  said to the group’s nods of agreement. “They’re just not loyal,” said another. More nods. “They complain too much,” someone else complained.

Y’know, kids today and all that.

When we think of millennials, many business owners I know have an image of the lazy, bearded, craft-bourbon-drinking hipster sporting a man-bun and Civil War-era clothing. Or the whiny barista who breaks down the moment a customer is rude. Or the entitled snowflake who respects and tolerates everyone — except for those who have opinions different from her own.

That image is wrong.

The millennials — ages of 18 to 34 years old — are a different kind of generation. All three of my kids are part of this generation. They were raised in a time of peace (notwithstanding the occasional terror attack), economic security (putting aside the 2009 financial meltdown) and an “everyone wins” mentality (except those of us raised in Philadelphia where sports teams rarely win).

In study after study, millennials reveal themselves as unique, and a more enlightened, than generations before them. They have a better appreciation of the short lives we live on this earth. A majority consistently reveal that they prefer more vacation, more flexibility, more independence and more mobility, with many admitting that they would take these quality-of-life benefits in lieu of increased salaries if given the chance. They are the most tech savvy generation in history. They are also the most multi-cultural and diverse, having more immigrants among them than any generation going back to the turn of the 20th century, not to mention a large, vocal and (somehow) growing number of genders, cultures and races.

The average age of the business owner according to the U.S. Census is about 51 years old. Men and women of this age – my age – are challenged to understand a generation that prioritizes many things ahead of work and survival because we were brought up in a post-war world where work and survival were pretty much all we had. So we complain about their work ethic, their loyalty, their dependability.

But here’s the fact: they’re right and we’re wrong.

Why? Because no matter how you cut it, the millennial generation is, or soon will be, more than 50 percent of the working population. They win, by sheer numbers alone. You can complain all you want but it’s like complaining about the July heat in Arizona. It is what is. So what are you going to do about it?

Smart business owners (and there were a good many of them that day at the equipment manufacturers’ conference in Texas) accept this fact and take action. They’re making their paid time off policies more flexible. They’re upgrading their technology to attract younger people who expect things to be cloud based and not from the 1980’s. They’re revising their employee handbooks and creating more open and safer workplaces for all genders, cultures and nationalities. They’re encouraging people to be more mobile and work from home. They’re even offering little perks that millennials love, like helping with student loans or offering paid days off for volunteer activities.

This is a generation that has different values than the boomers or the ones immediately after. This is a generation that wants more out of a job. They hold in regard companies that are more socially and environmentally conscious. They are attracted to organizations that appreciate that one works to live and not the other way around. Sure, some of them may be whiners or snowflakes, but – believe me because I know my kids and many of their friends (not to mention those of that age working at my clients) – the great majority of this generation are smart, hard-working people — with a different outlook on life.

Related: What to Expect From Gen-X and Millennial Employees

Forward thinking business owners understand this. They don’t complain about millennials (at least, not publicly). They don’t resist the change that’s happening. They look in the mirror and embrace the change. They know that, despite all the talk of technology, robotics and automation, people remain an organization biggest asset — and always will be. Great business leaders adapt to remain in business. The smartest business owners I meet have put their mutterings and complaints aside and adapted to this new workforce.

Maybe you should too, regardless of your complaints. Your competitors probably are. Besides, didn’t your parents also have complaints about you?

Gene Marks is president of The Marks Group, a ten-person Philadelphia-based consulting firm specializing in sales and marketing technologies. Gene is the author of six books, most recently, The Manufacturer’s Book Of List (CreateSpace – Oct… 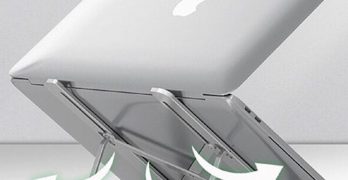 Featured image by ar130405 from Pixabay  When … END_OF_DOCUMENT_TOKEN_TO_BE_REPLACED

Statistics show that among businesses that … END_OF_DOCUMENT_TOKEN_TO_BE_REPLACED

First published in Exchange, the magazine of the … END_OF_DOCUMENT_TOKEN_TO_BE_REPLACED

How do executives affect their respective … END_OF_DOCUMENT_TOKEN_TO_BE_REPLACED

For our second blog series of Incredible … END_OF_DOCUMENT_TOKEN_TO_BE_REPLACED

More people are spending time at home and buying … END_OF_DOCUMENT_TOKEN_TO_BE_REPLACED

Groups have been a major source of misinformation … END_OF_DOCUMENT_TOKEN_TO_BE_REPLACED

One of the benefits of using an integrated … END_OF_DOCUMENT_TOKEN_TO_BE_REPLACED

This article, "Have You Really Deep Cleaned Your … END_OF_DOCUMENT_TOKEN_TO_BE_REPLACED

Are you facing a dilemma – to hire a freelance … END_OF_DOCUMENT_TOKEN_TO_BE_REPLACED

Although managing inbound shipping can be … END_OF_DOCUMENT_TOKEN_TO_BE_REPLACED

Whether you run a small startup or a … END_OF_DOCUMENT_TOKEN_TO_BE_REPLACED

Nuclear Submarines execute some of the most … END_OF_DOCUMENT_TOKEN_TO_BE_REPLACED