You are here: Home / Customer Focus / Painful Truth: Growing Will Take Years Longer Than You Want


The press and people love to post stories of fast success — they’re exciting and they draw views! “Slack went from 0 to a billion in less than a year!” the press trumpets… conveniently leaving out the 5+ years of painful grinding before the sexy stuff happened for Slack.

“Everyday growth” stories of people plugging quietly away are a lot less exciting than fast successes (or painful failures). So the fast-growing company stories are an outsized portion of our news or social feeds every day, even though they are a small minority of companies.

The result of this “reality distortion” of being constantly surrounded by others’ fast success: founders — well, and everyone — have false expectations on how long it takes to build and/or exit a SaaS company.

There are a few exceptions, but building a SaaS company will take years longer than you want, or expect. Think seven or ten years, rather than two or three.

Let’s look at some basic SaaS math: assume it takes you a couple of years to get going and nail down a niche, and then you grow 100 percent a year through $50 million or so in revenue (which isn’t easy, mind you):

Having done extremely well, hitting $80 million ARR (accounting return of rate) in Year 7— it took you seven years — you’re ready for your IPO in Year 8. If you do well, but not quite as well as this, it can take a decade. A friggin’ decade.

You Need 24 Months to Get Off the Ground

If you’re wondering if you should start your own SaaS company, here are three questions to ask yourself:

First: Are you prepared to give a full 24-month commitment to hit Initial Traction?

Not 12 months. Not 18 months. But 24 months? Two years? Six months isn’t enough. Twelve isn’t. It’s going to take you 9 to 12 months just to get the product right, and another 6 to 12 to get significant revenues. Can you afford to commit for 24 months just to get to something, to real initial traction? If not, you should pass.

Giving yourself 12 months to get to initial traction won’t cut it. You’ll quit. Just 12 months in, you won’t have enough revenue to support yourself, if you have any at all. The honest truth is that most folks can’t really commit for 24 months, because of financial or personal or other reasons. That makes sense. Nevertheless, you’ll fail in SaaS if you don’t commit to spending 24 months to achieve Initial Traction.

That’s 24 hours a day times 365 days. I don’t mean committing to being in the office 14 hours a day. But can you really, honestly commit to obsessively thinking, worrying, and stressing about how to do The Impossible? Every … Single … Moment?

You’ll be thinking of nothing but work, even when you are playing with the kids or having dinner with your husband. That’s what it’s going to take. If you don’t have the mental bandwidth you should pass.

Everything in SaaS is insanely competitive. Because SaaS is so multifaceted, you’re going to have to be the VP of Sales, Customer Success, Marketing, and probably product, too, in the early days. There’s endless drama with paying customers. You have to be intensely, painfully committed to do all of this.

Later, there will be fat—once you get to $5 million ARR or so. It’ll get easier in many ways as you grow (and harder in others). But in SaaS, it takes a long time until then.

Third: Will you take the leap?

This is, perhaps, most important. If you keep a mindset that you’re “just trying it out” but you maintain other options, it never works. Great founders take the leap. Not because they are crazy risk-takers, but because they see the risk and decide to go for it anyway. They know there will be many challenges—with funds, customers, family—but they decide to figure them out along the way. They have doubts. They have fears. They have money troubles. But they see the future and believe in their own (eventual) success. If you aren’t ready to take the leap, you aren’t ready to do a startup.

What If You’re Close?

Okay, what if you aren’t quite there? You can’t pass tests 1, 2, and 3 above, but you are close. Then take a pause — don’t say no yet. Instead, go do some more homework. Do 20 customer interviews. Find a great cofounder who can pass the 3 tests, commit to 7–10 years and the overall 24-plus months to initial traction. You almost certainly can’t do it alone; do that and then see how it feels. Even great founders that can see the future sometimes need help. I did in both my startups. Twenty interviews and an amazing co-founder can be the missing pieces that really show you how to do your own SaaS startup.

If it’s your calling, go for it. I did. But that’s really the only great reason to start a SaaS startup—the only logical reason, even though it is illogical. Passion is supposed to be illogical! You have to see something the rest of the world doesn’t see, be so confident in it that you don’t see all the risk, and have nothing in the end that’s “better”/higher ROI (all things considered) than doing a raw startup.

Patience and dedication will see you through. Don’t give up. Do the time and you’ll see. 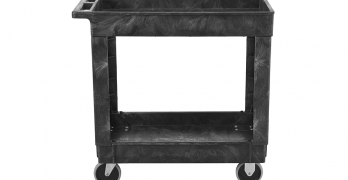 If you buy something through our links, we may earn money from our affiliate … END_OF_DOCUMENT_TOKEN_TO_BE_REPLACED

Featured image by ar130405 from Pixabay  When … END_OF_DOCUMENT_TOKEN_TO_BE_REPLACED

Statistics show that among businesses that … END_OF_DOCUMENT_TOKEN_TO_BE_REPLACED

First published in Exchange, the magazine of the … END_OF_DOCUMENT_TOKEN_TO_BE_REPLACED

How do executives affect their respective … END_OF_DOCUMENT_TOKEN_TO_BE_REPLACED

For our second blog series of Incredible … END_OF_DOCUMENT_TOKEN_TO_BE_REPLACED

The Unicode Consortium announces the release of … END_OF_DOCUMENT_TOKEN_TO_BE_REPLACED

More people are spending time at home and buying … END_OF_DOCUMENT_TOKEN_TO_BE_REPLACED

If you buy something through our links, we may … END_OF_DOCUMENT_TOKEN_TO_BE_REPLACED

Running an ecommerce business is tough. It’s even … END_OF_DOCUMENT_TOKEN_TO_BE_REPLACED

If you buy something through our links, we may … END_OF_DOCUMENT_TOKEN_TO_BE_REPLACED

Although managing inbound shipping can be … END_OF_DOCUMENT_TOKEN_TO_BE_REPLACED

Whether you run a small startup or a … END_OF_DOCUMENT_TOKEN_TO_BE_REPLACED

Nuclear Submarines execute some of the most … END_OF_DOCUMENT_TOKEN_TO_BE_REPLACED