Editor’s Note: In the new podcast Masters of Scale, LinkedIn co-founder and Greylock partner Reid Hoffman explores his philosophy on how to scale a business — and at Entrepreneur.com, entrepreneurs are responding with their own ideas and experiences in our hub. This week, we’re discussing Hoffman’s theory: the only way to scale is to do things that don’t scale.

Many forget that Brian Chesky, the CEO and co-founder of Airbnb, is not a typical Silicon Valley entrepreneur. He wasn’t a coder and he didn’t attend Harvard or Stanford, schools well known for nurturing multi-billion dollar founders. Rather, Chesky was a graduate of Rhode Island School of Design, where he received a degree in industrial design.

Related: Check Out a New Podcast Hosted by Reid Hoffman — And Join the Conversation on Entrepreneur.com

While some in the Valley investors were initially skeptical of his background, Chesky believes the school and its programs benefit founders.

“I think RISD produces great entrepreneurs,” Chesky said in an interview. “They teach you that creativity can solve any problems.”

In a recent conversation for the Masters of Scale podcast series hosted by Reid Hoffman,  Chesky shared his childhood fascination with redesigning everything from toys to tennis shoes — a drive for problem solving that would help him reshape how we travel.

Below is an excerpt from this conversation — one not included in the Masters of Scale series, or anywhere else.

I remember the first time I was in an airplane — I was probably 7 years old — I went to St. Louis. I grew up in Albany, New York — a small suburb of Albany called Niskayuna. I never really got outside of my town very much. I went to St. Louis, and I just realized suddenly the perceived world was just infinitely larger to me. We get to St. Louis and my favorite part was just driving around the city. My dad would ask me, “Where do you want to go?” And I’d say, “Everywhere.”  I had to see the whole city.

Related: Reid Hoffman: To Successfully Grow A Business, You Must ‘Expect Chaos’

In hindsight, I had some odd behaviors. I learned how to do plans drawings. Plans are when you draw from looking down. So, you basically look at floor plans. I would start doing this of different cities. A little bit older, I had a friend whose dad was a landscape architect and they had landscape architect drawings in their backyard. And so when I was 8 years old, I got really into landscape architecture, which is an incredibly weird thing for an 8-year-old to be interested in. I was obsessed with the placement of decks and designs and landscaping and thought that was really awesome. The thread through all of this was I liked to redesign backyards, cities, neighborhoods and then I got into architecture and started redesigning homes.

Then around that time I would see old Walt Disney clips on television — and I realized that if we became Disney shareholders we got to have these really cool, colorful books called annual reports. I loved the annual reports because they have renderings of the future theme parks. So I asked my dad to become a Disney shareholder and we bought a couple shares of stocks so we’d get these reports. It was the only way you could see images of theme parks.  I was obsessed with this. You can probably just Google it now.  And so I started designing theme parks.

The thread through all of this was I liked to redesign backyards, theme parks, cities, neighborhoods and then I got into architecture and started redesigning homes.

Maybe the final thing I’m reminded of — an odd behavior I had when I was around 7, 8 years old. I asked Santa Claus for a poorly designed toy, so I could redesign it. That’s when I started getting into the design of objects. And I ended up going college for industrial design.

Industrial design is basically product design. You physically design things that are typically made in factories. When the Game Gear came out, which was like the Sega game, I would take it apart, redesign it. Then I got obsessed with Nike shoes, like the Nike Air, the Air Jordans, the Bo Jackson cross trainers. All the things I grew up with I tried to redesign. So, it’s something I’ve been doing for a long time.

Below is the Masters of Scale podcast featuring Chesky. In it, Hoffman and the Airbnb founder discuss the importance of starting a company focused on providing a handcrafted experience — not scale. Listeners can also access it on Apple, Google, Stitcher and other streaming platforms.

Andrea Huspeni is the special projects director at Entrepreneur.com and the founder of This Dog’s Life, the go-to platform for local and national news, along with resources to help make pet parenthood easier. 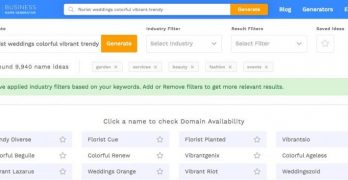 If you buy something through our links, we may earn money from our affiliate … END_OF_DOCUMENT_TOKEN_TO_BE_REPLACED

Featured image by ar130405 from Pixabay  When … END_OF_DOCUMENT_TOKEN_TO_BE_REPLACED

Statistics show that among businesses that … END_OF_DOCUMENT_TOKEN_TO_BE_REPLACED

First published in Exchange, the magazine of the … END_OF_DOCUMENT_TOKEN_TO_BE_REPLACED

How do executives affect their respective … END_OF_DOCUMENT_TOKEN_TO_BE_REPLACED

For our second blog series of Incredible … END_OF_DOCUMENT_TOKEN_TO_BE_REPLACED

More people are spending time at home and buying … END_OF_DOCUMENT_TOKEN_TO_BE_REPLACED

Groups have been a major source of misinformation … END_OF_DOCUMENT_TOKEN_TO_BE_REPLACED

If you buy something through our links, we may … END_OF_DOCUMENT_TOKEN_TO_BE_REPLACED

One of the benefits of using an integrated … END_OF_DOCUMENT_TOKEN_TO_BE_REPLACED

This article, "Have You Really Deep Cleaned Your … END_OF_DOCUMENT_TOKEN_TO_BE_REPLACED

Although managing inbound shipping can be … END_OF_DOCUMENT_TOKEN_TO_BE_REPLACED

Whether you run a small startup or a … END_OF_DOCUMENT_TOKEN_TO_BE_REPLACED

Nuclear Submarines execute some of the most … END_OF_DOCUMENT_TOKEN_TO_BE_REPLACED