You are here: Home / Entrepreneur / Cofepris approved phase 3 of the German CureVac vaccine in Mexico

The Secretary of Foreign Affairs, Marcelo Ebrard, reported that phase 3 of the CureVac vaccine against coronavirus was authorized by the Federal Commission for Protection against Sanitary Risks (Cofepris).

CureVac is a biopharmaceutical company of German origin, Cofepris has already approved phase 3 tests for these doses.

Through his Twitter account, the Foreign Secretary announced that the federal agency of the Government of Mexico endorsed the final testing stage, phase 3 for the antidote to CureVac.

Similarly, the president expressed his gratitude on behalf of the Government of the Republic for the support of TecSalud , especially Dr. Guillermo Torre , to bring phase 3 of the vaccine developed by CUREVAC in Germany to Mexico . 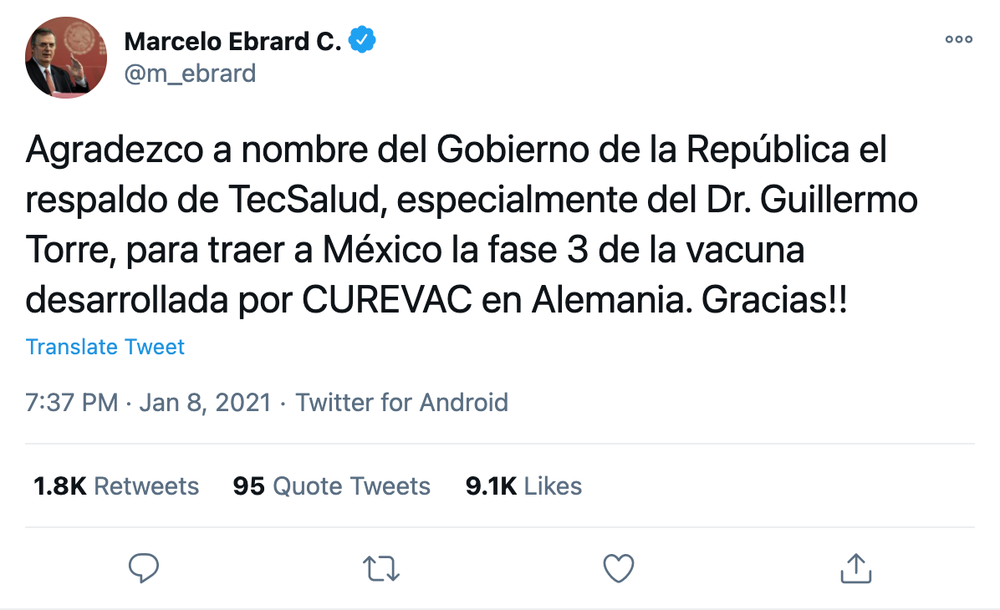 What is known about the CureVac vaccine?

CureVac is a German biopharmaceutical company, according to information from the company that developed the vaccine , “thanks to the technology that we have generated mRNA , we can give the body the necessary information to fight and cure diseases . Driven by our passion, we want to use our technology to help patients and prolong people’s lives . “

That said, it is based on messenger mRNA, as is the case with Pfizer and BioNTech .

It is worth mentioning that Bayer and CureVac are in collaboration in the development of the coronavirus vaccine. Both companies have an agreement to support the production and commercialization of a messenger RNA vaccine to “facilitate the supply.” 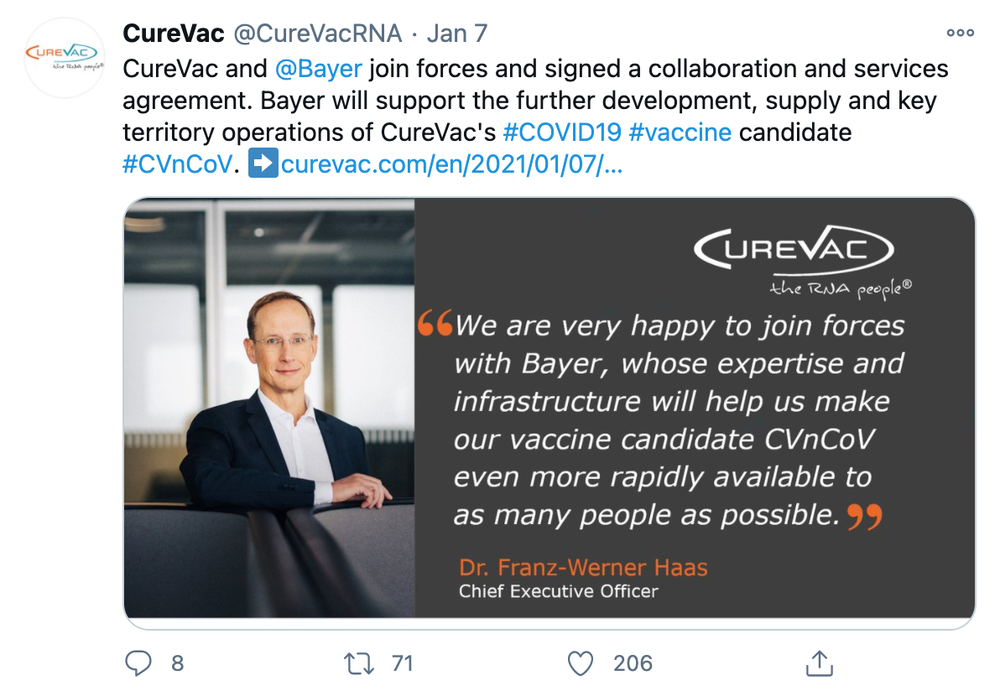 In case you are interested: SRE: AstraZeneca Vaccine will arrive in Mexico on January 18 Featured image by Jarmoluk from Pixabay A … END_OF_DOCUMENT_TOKEN_TO_BE_REPLACED

First published in Exchange, the magazine of the … END_OF_DOCUMENT_TOKEN_TO_BE_REPLACED

According to HubSpot, There are almost 4 billion … END_OF_DOCUMENT_TOKEN_TO_BE_REPLACED

If you buy something through our links, we may … END_OF_DOCUMENT_TOKEN_TO_BE_REPLACED

Although managing inbound shipping can be … END_OF_DOCUMENT_TOKEN_TO_BE_REPLACED